Lucifer Curious is the son of Lazlo Curious and Crystal Curious. He has his father's eyes and hair colour, but his facial structure looks more like his mother's.

Lazlo met Crystal and they fell in love immediately. They got engaged and had their first WooHoo together. When they found out Crystal was pregnant, they got married. Just a day before Crystal gave birth, Vidcund gave birth to Klatu.

Nothing special happened during Lucifer's years as a baby. Lazlo earned himself a promotion and Crystal got at the top of the military career.

Lucifer started with a great toddler life as well. He learned his toddler skills; talking and potty training from his mother Crystal and walking from his father Lazlo. Then his mother died in a mission, Lazlo was devastated and stopped working for a while. Although Lucifer did miss his mother's appearance he was still too young to realize what actually happened.

Lucifer loved his childhood, he was finally in the same life stage as his cousins Nikto and Klatu and that's how they befriended each other. He especially liked Klatu who helped him with his homework and helped him getting his first A+. The three cousins all got accepted in private school.

As Lucifer turns into a teenager he chooses the fortune aspiration, this saddens Lazlo a little bit, but he understand why Lucifer chooses the same aspiration as his mother.

He meets Tessa Singles (alien daughter of Lola and Kristen Singles), they fall in love fast (just like Lucifer's parents), share their first kiss and decide to go steady. A few days later Lazlo turned into an elder.

Lucifer had to wait a while before Tessa was old enough to move in with him so he got a job in the criminal career, not being an evil person at all but the money was good. He was at the marriage of his cousin Klatu and Marsha and later at the birth of their son Drew. Lucifer got jealous. When his other cousin Nikto also got married (to River),Tessa was finally an adult and they got engaged, with the purpose to marry shortly after.

When his cousin Klatu moved out with his wife Marsha and their son Drew due some relationships problems, Tessa and Lucifer got married and shared their first WooHoo after their marriage hoping for their first pregnancy. They didn't have to wait long, Tessa got pregnant very fast and gave birth to TWINS! Two boys named Lucas (the oldest) and Joshua Curious. Lazlo was thrilled when he met his two grandchildren as they looked almost exactly like his father and thereby like his wife Crystal.

Lucifer started working less to take care of his sons together with Tessa, but still earned several promotions what made him reach the top of his career and fulfilling his lifetime want. When his sons turned into teenagers, his father died of old age. This saddened Lucifer, but he was happy that his parents finally would be reunited.

When turning into an elder Lucifer retires and he is glad that he finally left the crime business. His parents-in-law die short after each other what saddens Tessa and he tries to be the best support as possible. He also tries to get Lucas and Joshua into college. When Nikto and River leave the household Lucifer and Tessa decide to join them, leaving the house for his cousins children.

He dies a relatively early death of old age, leaving his wife Tessa heartbroken. His death can be questioned, and can even be linked to his criminal career, however this is not clear. 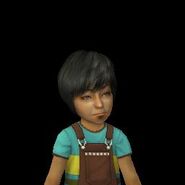 Lucifer as a toddler. 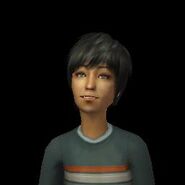 Lucifer as a child. 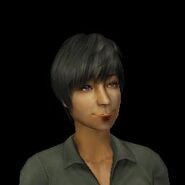 Lucifer as a teen. 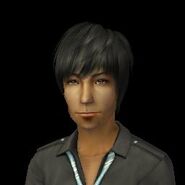 Lucifer as an adult. 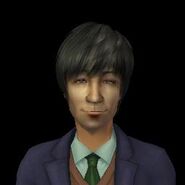 Lucifer as an elder.
Add an image to this gallery
Retrieved from "https://sims.fandom.com/wiki/Fanon:Lucifer_Curious?oldid=744696"
Community content is available under CC-BY-SA unless otherwise noted.