Lucas Curious is the son of Lucifer Curious and Tessa Curious and the older twinbrother of Joshua Curious. Remarkable is that while his mother is an alien he didn't inheritate her green skin or black eyes, what is kind unusual because the alien genes are normally dominant.

Lucas is married to Camryn Curious. They got a daughter together named Deena

Lucas and his twin brother Joshua are one of the few births in the Curious household that were actually plannend. Their parents were already married before they were conceived.

The twins babyhood was easy, they were both sleeping much and there were a lot of family members in the household to take care of them.

Lucas learned his toddler skills from both of his parents, he learned the talk and potty training skills from his mother Tessa and the walk skill from his father Lucifer, he also taught him the nursery rhyme.

When being a child he, his brother and his second cousin Sarah Curious get into private school. He becomes best friends with Joshua.

Similar like his father and brother Joshua Lucas chooses the fortune aspiration as they both grew up in a quite wealthy household. The boys are going to look more like each other when they grow older and are making abuse of it as they often switch names in school to tease the teachers.

Lucas and Joshua are the first ones of the Curious household to go to college. They both choose literature as their major. Lucas develops his first crush on a girl named Camryn McGaw and they get serious quite fast.They share their first kiss and their first Woohoo not long before their first exams. After getting into their junior year Lucas is sure he wants to share his life with Camryn and proposes to her.

Back in Strangetown he moves in together with his fiancée Camryn and brother Joshua in the new build house next to the original Curious household. Lucas and Camryn marry fast after they moved in and his brother Joshua followed their example not much later with his girlfriend Tiffany. Both Lucas' and Joshua's wife got pregnant at the same time.

Camryn gave birth to a baby girl called Deena, but at the same time Lucas loses his father Lucifer, who died of old age. He teaches Deena how to walk and earns several promotions. His mother Tessa dies when Deena is a child. Deena and her cousins Vin and Harper (Lucas' nephew and niece] all get accepted in to private school and not much later Lucas reaches the top of his career.

When Harper becomes older Lucas gets suspicious about his brother's daughter, as she looks nothing like him. Knowing Tiffany's past he tries to talk to his brother Joshua, however Joshua doesn't believe him and ignores every warning ever given after.

When Lucas grew up he retired. He waited till Camryn was an elder as well, and when Deena became an adult they decided to move out together with his brother and his wife. He is happy with his daughter's marriage, but a little dissappointed that she decided to be a housewife, as she is an intelligent woman with a good education. He dies shortly after the birth of his first grandson John. 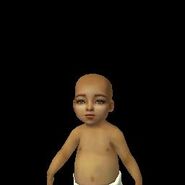 Lucas as a baby. 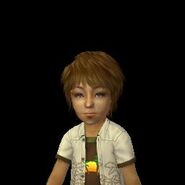 Lucas as a toddler. 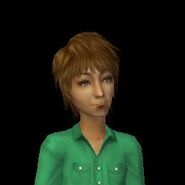 Lucas as a child. 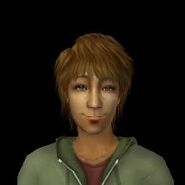 Lucas as a teen. 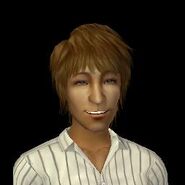 Lucas as a young adult. 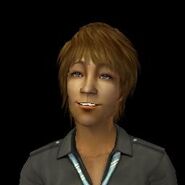 Lucas as an adult. 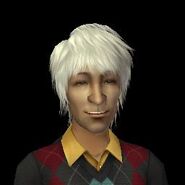 Lucas as an elder.
Add an image to this gallery
Retrieved from "https://sims.fandom.com/wiki/Fanon:Lucas_Curious?oldid=744685"
Community content is available under CC-BY-SA unless otherwise noted.