Kevin Curious (previously Darga and Mace) is the son of Blair and Ana Mace.After his parents' death he is adopted by Ana's sister Emma Darga and her husband Léon. They later divorce, giving him the last name Curious.

Kevin married Barbara Curious and they currently have one daughter together; Naomi Curious.

Ana and Blair had to fight a lot to be together, but their love was stronger than anything. Ana's extremely jealous sister Emma was horrified when she heard about Ana's pregnancy.

When Kevin is born the tension is still in the house. Blair finds it hard to live together with his ex-girlfriend Emma and her husband Léon and Emma acts extremely jealous towards her sister.

Kevin learns to walk and talk from Ana, while Blair potty trains him. His father really loves Kevin and they always play together when they can.

However this short period of happines comes to an end when one strange night a fire breaks out. Blair and Ana are asleep, while Emma and her husband Léon are at work. When Emma comes home from working overtime she calls the fire station, but they were too late. Anna and Blair had died in the fire, but strangely enough Kevin was safely outside. Emma doesn't have to think long and takes the custody of Kevin. Later Emma and Léon officially adopt Kevin, while the death of his parents and how the fire could have started still stays a mystery..

Growing up Kevin notices that his family is not exactly a 'normal family'. He knows that he is adopted by his aunt, and he knows she tries her best to love him. But he can also see that it's not easy for her. His uncle/father is just a weird guy, but has some cool tricks sometimes. He tried hard to get some attention of both of his parents, but they always seemed to be busy with their jobs. When they announced their divorce it felt like it was his fault as Kevin never could give them the love he wanted him to give. Only shortly after he heard that Léon had passed away and locked himself in his room for days. 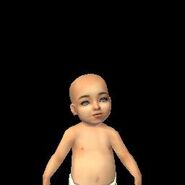 Kevin as a baby. 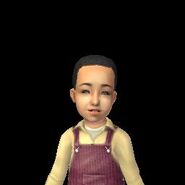 Kevin as a toddler. 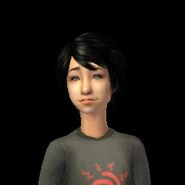 Kevin as a child. 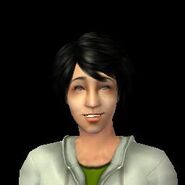 Kevin as a teen. 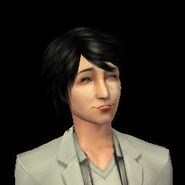 Kevin as an adult.
Add an image to this gallery
Retrieved from "https://sims.fandom.com/wiki/Fanon:Kevin_Curious?oldid=743068"
Community content is available under CC-BY-SA unless otherwise noted.