Kent Monty is a major character in the PVCS vs STM Football screenshot story series.

In the 2015 Match, he was Kent Capp, a defender for Team STM (StrangeTown-Monty).

In the 2035 Match, Kent became the Veronaville STM Manager, alongside his Strangetown counterpart, General Buzz Grunt.

As his new full name suggests, Kent Monty gave up his birth surname when he married Bianca Monty** after the 2015 Match. In this series, Kent has a larger role than Bianca, because his status as "the first Capp turncoat" is a dominant theme in both matches.

In 2035, Team Manager Kent also gets more attention in the story, than audience member Bianca — since Managers make decisions that directly influence their team’s performance on the field.

STM Alternate Univese Versions
Kent's marriage to Bianca in PVCS vs STM does NOT guarantee that this same marriage will necessarily take place in the MAIN StrangeTown Monty (STM) Machinima Series.

In the two decades between the matches, Kent and Bianca Monty focused on their respective careers (which are similar to the ones they have in the Main StrangeTown Monty (STM) Machinima Series), had a son named Horatio, and adopted a daughter named Claudia.

Both Horatio and Claudia are teens in 2035, and are starting players for Team STM. How do the siblings relate to each other, and to Bianca and Kent?

Kent Monty's attitude towards Regan Capp, the sister he had to leave behind, is an underlying issue in the 2015 Match, and a major theme in the 2035 Match. 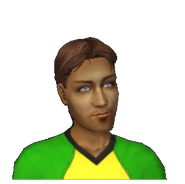 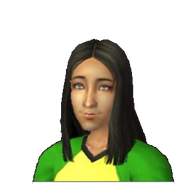 Claudia Monty
Add an image to this gallery
Retrieved from "https://sims.fandom.com/wiki/Fanon:Kent_Monty?oldid=721359"
Community content is available under CC-BY-SA unless otherwise noted.