Keef Smith is the son of Johnny and Ophelia Smith and younger brother of Mick Smith. He is married to Deena, who is a born Curious. They have a son named John.

Keef's youth was quite peaceful. His parents weren't that wealthy, but not poor either. They lived in Ophelia's aunt her house and often had many visitors. Keef loved these midnight conversations and was often sad when they left again when the sun came up. He met Deena Curious through high school and was immediately in love. It took him a while to convince her to be his girlfriend, but when he finally did they had an amazing teenhood together.

Shortly after his older brother Mick got married and moved out both his parents died of old age, leaving him alone in the house. To his disappointment the visitors disappeared with the death of his parents as well. Luckily he still had Deena, and they got engaged. When Deena discovers that she was having their first baby they got married. Their baby is born and they name him John, named after his grandfather.

He enjoys his simple life with his wife and son, but often misses out on important things like Johnnie's first steps because of his work. However he is the proud father of a son who is finally willing to go potty. Keef often worries about his brother Mick, as they never see each other anymore.

When John grows older Keef notices that he turns in to a handsome young man and that he gets a lot of attention from girls. Keef couldn't be prouder!! He often teases his son when he goes yet on another (play)date with a girl.

When getting older, and having a full and long career as mayor Keef needs to retire. His brother Mick passed away and realized that he neglected his family and especially his wife and son. He tries to make up with them, but John, being in his teens, is not the easiest to deal with. 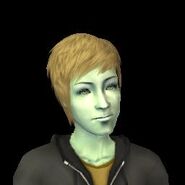 Keef as a teen. 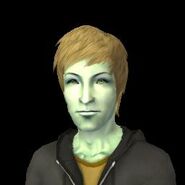 Keef as an adult. 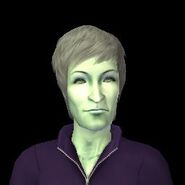 Keef as an elder.
Add an image to this gallery
Retrieved from "https://sims.fandom.com/wiki/Fanon:Keef_Smith?oldid=743042"
Community content is available under CC-BY-SA unless otherwise noted.