John "Johnnie" Smith (jr.) is the son of Keef and Deena Smith. He is named after his grandfather Johnny Smith.

Even though his father is an alien, John doesn't show any alien features.

Just like the most births of the Curious fifth generation, John was a plannend baby. Deena didn't start a career because she was too afraid that this would somehow hurt the baby, something strange for a Curious to do. Because most of them are really dedicated to their jobs and own income.

The healthy baby John was born, with bright eyes and tan skin. He was a beautiful baby and looked more like his mother than his father, but this could be because of the showing genes like hair and skin.

If there would be a contest Cutest Toddler of Strangetown, Johnnie would win this for sure. He got the adorable facial features of his mother and his bright eyes just create cuteness overloaded. Because of Deena still being unemployed she takes the most care of Johnnie. Deena teaches him how to walk and talk, while Keef potty trains him.

Johnnie was a smart child, so it only seemed fair to his parents to put him in private school. He was often the teachers favorite, especially with his female teachers. He always felt kinda of lonely being the only child in the household, and his father was away for work a lot, but luckily his mother was always there for him.

Although you might expect the romance aspiration for Johnnie in the first place, he chose the fortune aspiration. Unlike his mother, and actually more like his father he would love to get a career that would rewrite history. This goal changed a little when he met their paper delivery girl Marie Mazza, she was a young and cute girl that just moved into town. Not knowing many people she was shy and not really willing to interact with Johnnie, but he did not give up and every day when the paper came Johnnie was standing outside waiting for Marie. Of course she couldn't do anything else but cave at some point. Johnnie and Marie shared their first kiss and eventually went steady together.

Johnnie noticed that, now that he spend more time with Marie and his father was mostly working, his mother got quite lonely. He tried to convince his father to get some time off and spend it with his wife now he still got the possibility. However his father wouldn't settle down.

John, officially losing the nie now, graduates high school and starts his career in the oceanography. Partly complying his old dream, but still keeping his new one; he proposes to Marie and she agrees. 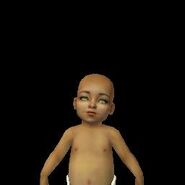 John as a baby. 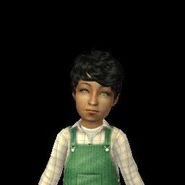 John as a toddler. 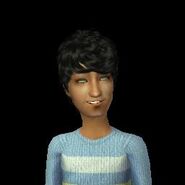 John as a child. 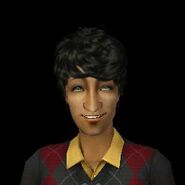 John as a teen. 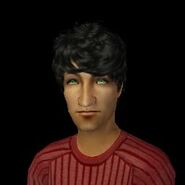 John as an adult.
Add an image to this gallery

John with his mother Deena. 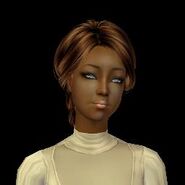 His wife Marie.
Add an image to this gallery
Retrieved from "https://sims.fandom.com/wiki/Fanon:John_Smith?oldid=744697"
Community content is available under CC-BY-SA unless otherwise noted.