Inigo Curious is the second child of Pascal Curious, and his first child with his wife Erin. He lives in Strangetown with his parents, his older half-brother, Tycho, and his younger sister Jasmine.

He is the nephew of Loki Beaker, and therefore the cousin of his son Fenrir. His other uncles are Vidcund and Lazlo Curious. His cousins - through his Uncle Vidcund - are Albert and Maura, and - through his Uncle Lazlo - Ruby. His aunts-through-marriage are Marie and Crystal Curious. 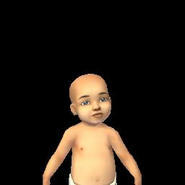 Inigo Curious as a baby. 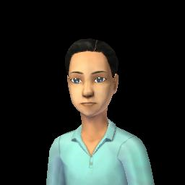 Inigo Curious as a child.
Add an image to this gallery
Retrieved from "https://sims.fandom.com/wiki/Fanon:Inigo_Curious?oldid=778609"
Community content is available under CC-BY-SA unless otherwise noted.