Fanon article ownership
This fanon page was created and is owned by AldoHyde (talk). Unless the edit is constructive and/or minor (such as fixing a template), please do not edit this page unless given permission from the author.
Hyde Dynamic is the science facility in the StrangeTown Monty (STM) Machinima Series. Its name is a parody of Massive Dynamic, the science mega-corporation in Fringe.

Hyde Dynamic is founded and headed by Dr. Prometheus Hyde. Its Strangetown branch is located a mile outside of Strangetown. Its Veronaville branch is has a controversial presence inside Veronaville itself.

The three Curious brothers have a history in the horticultural department, aka the "Nursery". Pascal focuses on tending and monitoring the plants. Lazlo was the fertilizer consultant, until this event took place. This was also Vidcund Curious' original department, until he was redeployed to the Secret Project. His expertise with African violets was required.

Bianca Monty works in the Hyde Dynamic Library, having studied psychology instead of science in college.  But she has enough interest in science to understand the journals - at least the ones she's allowed to read, according to her Clearance Level.

Kent Capp used to work for Division 47. Before the events of StrangeTown Monty, he came to Hyde Dynamic for an exchange stint. After his "restoration", Kent became a full-time scientist at Hyde Dynamic, and works on one of the most classified projects in the entire facility.

Duncan Xu, Trent Ivanov and Walter Baptiste are CAS scientists whose Clearance Level is higher than everyone else, except Dr Hyde.

These three men are the Sims incarnations of Hyde's three most trusted Racing Cars, who are implied to have " relatives" in Riverview, Bridgeport / Moonlight Falls and Isla Paradiso. The author could have easily made them the unambiguous direct descendants of these Sims 3 families, but decided that since they are "cars", their backgrounds should be more mysterious.

All of them share the Genius and Vehicle Enthusiast traits with Dr Hyde, but their personalities are not identical.

These three minor recurring characters have been involved in projects that many other Hyde Dynamic scientists have never heard about. One of them has an important task in Veronaville, while the other two have been redeployed to Strangetown.

They are also known to be regularly "moving around in circles" in Champs Les Sims, Three Lakes, Al Simhara, Twikkii Island (Baptiste's hometown), Shang Simla (Xu's ancestral land), and Sim Petersburg (Ivanov's native territory). Hyde is fiercely protective over his three right-hand men, and the Racing Game they originated from.

See Sepp Rossi for the son of the Monte Vista Mayor, and clarifications of the Racing jargon in Sims terms.

Who's on Which ProjectEdit

Why Create My Own Science Facility?Edit

If STM is a series where Fringe concepts are applied to the Sims World, it follows that a more Fringesque science facility should be featured in the show, instead of the more canonical Shiny Things Inc, Division 47, (possibly) "Goth Labs" or "Beaker Research".

While these premade organizations are associated more with canonical innovations like the aspiration rewards, Hyde Dynamic focuses on the bizarre Fringey aspects that the author sees in the Sims World.

In any case, many Sims players tend to create their own story plots, and sometimes mix them with premade storylines (e.g. when their CAS sims, or even self-sims, marry premade characters). STM is also "a show about playing Sims", so the Hyde Dynamic arc illustrates this merging of premade narratives with the Watcher's own mythology.

So it will be an error to expect StrangeTown Monty to contain purely premade storylines, or to give off a "traditional Sims vibe".

In the Football Universe, for both the 2015 and 2035 Matches, Baptiste is the Referee, while Xu and Ivanov are the Linesmen.

Being of non-Strangetown origin, the Racing Men do not fight in the Battle of Strangetown, but make many cameo appearances. 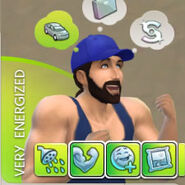 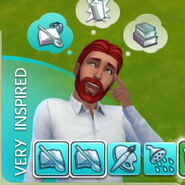 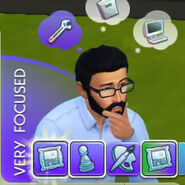 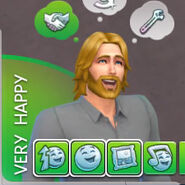 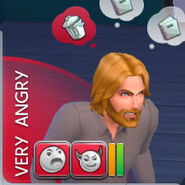 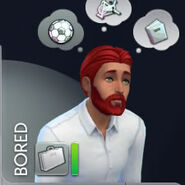 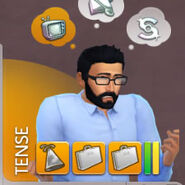 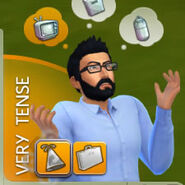 Retrieved from "https://sims.fandom.com/wiki/Fanon:Hyde_Dynamic?oldid=844167"
Community content is available under CC-BY-SA unless otherwise noted.