The Sims Wiki
Register
Don't have an account?
Sign In
Advertisement
in: Fanon created and owned by WayfinderOwl, Paused fanon, Sims (fanon),
and 20 more

Helena is the daughter of Aria Goth and Derby Alonso, granddaughter of Cassandra Goth and Adrian Gardener, great-niece of Jenna and Alexander Goth, cousin once removed of Edgar Goth and Georgina Goth, second cousin of Dexter Goth and Xavier Goth.

Helena has added some colour to her wardrobe. Much different from the usual gothic attire of her family.

Helena was born at home, while her mother was trying to sleep. She was unaware of everything in the house, aside from her mother taking care of her or another little sim playing with a teddy bear near her crib. The little girl was completely unaware of her grandfather passing away.

Helena finally got to play with Georgina. They would play with the same toys. After Helena learned to talk, she told Georgina everything she saw. They became close friends.

When Helena met Maria, she thought the woman looked like one of the dolls in her toybox.

Despite Helena not really knowing what was going on, Aria carried her out to the garden. She was not allowed to pick any flowers, even though there were plenty of them planted near large pieces of stone sticking out of the ground. All she knew, what that grandma Cassandra would not live in the house anymore.

Helena is the only one to know Georgina's secret. Since the two were always close. They played together at school. She did not bother making friends. She hated being at school, because there were far too many people around for her liking.

She barely even noticed that Dexter was even born. If she had not been repeatedly washing her hands in the bathroom in between the two bedrooms, she would never have heard him cry or known he was born.

Helena cried at Jenna's funeral. She remained by Georgina's side, to help her come to terms with the passing. They planted flowers on Jenna's grave. She worried about the state of Georgina's mind, even though she was too young to understand what was going on in her cousin's mind.

After the birth of Xavier, Helena was very curious about him. He was very small, just like Dexter.

For some reason, unknown to Helena, she was taken out of the house by Georgina. All she knew what that she was moving into a bigger room with her mother, and would not have to share a bathroom with everyone else anymore.

She went to the store with Georgina, to buy a lot of candles. When they returned to the house, the two girls set to work lining each pathway in the grounds with candles. Only when they were done, did Georgina tell her the truth, that Alexander had died. Helena was sad, because she always looked up to him, like he was the father she always wanted. She attended his funeral, hoping that he was happy, where ever he was now.

Once all the family drama was over, Helena was ready to start making her own way into the world. She got a job as a receptionist at the spa, so she could have some more time away from the family. She spent a lot of time with Georgina. The two were almost inseparable.

Helena started dating a boy at school, but he only went on one date, and he never called her again. All he did was complain that all the things she liked was 'boring.' Helena took a vow after that, to never date again. As it seems, her mother has other plans, but she is completely unaware of that. 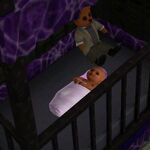 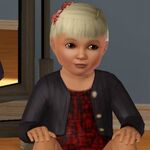 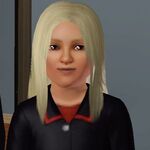