The Hearts are known to actually be a Vampire family, but when Yuri married Yolanda, it ended up becoming a mixed Sim race. The Hearts were known in the past as vampire that hunted by nightfall in large packs. It is unknown if any of them are still alive or wandering but since the only connections at this point is Katherine and Regina (If she is still alive.)

The family are well known only in Sunset Valley. No one else seems to know them unless they may have encountered a vampire relative in the past. The generation of the Hearts are unknown, seeing which most of the family are vampires and can't really be located. They get along with most Sims except dogs (Hearts don't seem to like the barking and whining a dog makes).

A Heart is usually a talented Sim coming in with quite a nice personality. All Hearts are usually friendly or Evil (with the exception of Regina who isn't either).

Regina: means "Queen" in Latin. Regina is notable in the Heart lineage for being strong and wise, and was supposed to take over the Heart's pack.

Yolanda: means "Violet Flower" in Spanish. Yolanda had her mother's violet eyes until she became older and they turned red.

Yuri: means "Farmer" in Russian. Yuri worked on a farm during his childhood years.

Katherine: means "Pure" in Greek. Katherine is considered the Angel of Sim City.

Loki: means "Trickster God" in Scandinavian. Loki tends to scratch furniture and often lift toilet seats up when he plays in the bowls. 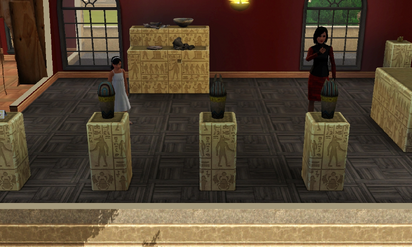 Yolanda: Isn't this the finest piece of art! Katherine: Ummm....no...no it isn't. 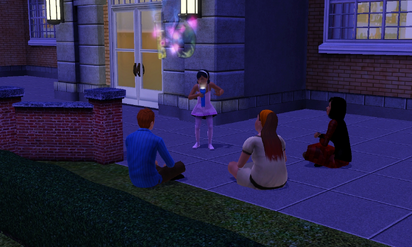 The family and a guest, enjoying some scary stories by Kathy.
Add an image to this gallery

Retrieved from "https://sims.fandom.com/wiki/Fanon:Heart_family?oldid=625508"
Community content is available under CC-BY-SA unless otherwise noted.