Hansel Holzfäller was housemates with Talia and Kay White, Poppy Briar and Dorian Gray, until he was corrupted by Carabosse. Hansel was the brother of Gretel Holzfäller.

Hansel spends a lot of time on the computer while Talia searches for love and Dorian and Poppy earn money from their jobs. He contributes little to the household. Eventually, Hansel is seduced and enthralled by a disguised Carabosse, who persuades Hansel to meet with the White brothers, Kay and Layt, alongside Talia. Hansel obeys, and this meeting eventually results in Talia and Kay getting married. Hansel informs Carabosse of this news and Carabosse, no longer having any use for Hansel, mutates him into a monstrous beast which he sends to kill Talia's friends. Hansel, in this hideous state, returns to the household and attacks Dorian. However, Poppy intervenes and throws fairy dust at him, transforming Hansel into a harmless goldfish. The household briefly keeps Hansel in a fishtank as a pet, until Talia returns the goldfish to Gretel's household, handing him over to Baba Yaga. However, Baba Yaga puts Hansel in a stew which she serves to Gretel. 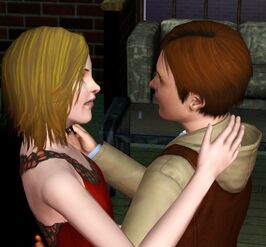 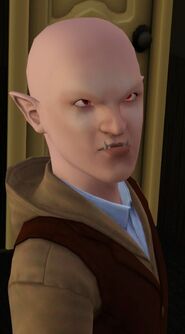 Hansel turns into a beast. 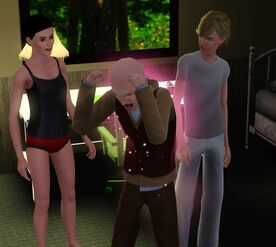 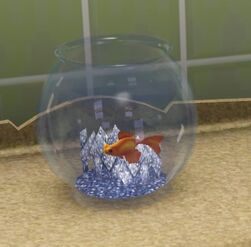 Hansel, as a goldfish.
Add an image to this gallery

Retrieved from "https://sims.fandom.com/wiki/Fanon:Hansel_Holzf%C3%A4ller?oldid=783255"
Community content is available under CC-BY-SA unless otherwise noted.