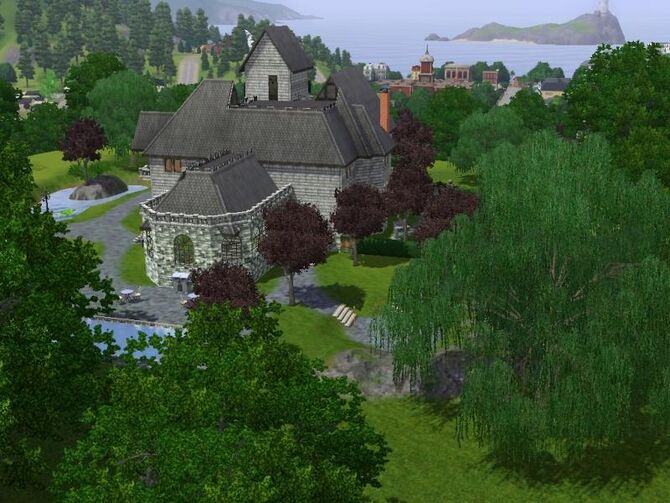 A legacy of the illustrious Goths.

Not to be confused with the Goth family

The Goths are known for their respect for the deceased. All of them are old money. They pass down their wisdom, wealth and creaky old house down to each generation. Starting with Gunther and Cornelia, who educated their son and passed on their family values onto him. Their generosity knew no limits, when they were prepared to open their home to the Bachelors, treating them as if they were family.

From the old family archives, another formerly unknown branch of the family tree has surfaced. The Sunset Valley Goths lost contact with Gunther's long lost cousin Jared Goth. He had his work cut out for him, making the family name well known in Moonlight Falls, a place that sees spooky and gothic as the norm. Especially when his estranged father turned the Goth name into a joke.

They are known for their awareness and respect of the departed, and being just a little socially awkward, but that doesn't stop other sims from being lured to this mysterious gothic family like a moth to one of their many flickering candles.

Ancestors of the Goth family.

Good, charismatic, genius and bookworm are often passed down from generation to generation. Grumpy traits occur a lot within the early generations. Most of the traits in a single sim seem to be positive with perhaps one negative trait. Each one seems to have an interest in learning, or giving themselves a comfortable life.

The Goth family are not only the founders of Sunset Valley, they are the heart and soul also. All of them are born humanitarians, working for the good of all Sunset Valley. Investing in many local businesses, to keep them running and to preserve Sunset Valley's peaceful prosperity. Studying everything from the earth, to the heavens, even the netherworld, to provide sims with knowledge that the political sims would rather hush up.

The "ghostly" branch of the Goth family seems to have made a very small splash in Moonlight Falls at all. They take great pleasure in moaning on about how life has been bitterly unfair to them, and doing nothing about the swarm of zombies that has invaded their garden.

The Moonlight Falls branch on the other hand, works for their own fame and ambition, regardless of whether it benefits the people of their neighbourhood or not. Hardly anything outside their own home and dreams concerns them.

For many years, the whereabouts of Jared was unknown. It slipped even the mind of Gunther Goth. The knowledge of his existence died with Mortimer, who had only known of Jared during his child days. For three generations, the knowledge was gone. News spread through the valley, that deep down in the archives of Town Hall, there were records of another Goth, who had made a name for himself in the field of science.

Helena had to do a school project on the history of her family. She went to Town Hall, to see these records for herself. All she found, was an article with a photo of a bearded man and his wife. There was no denying that he was a Goth. She read the article, and found that his name was Jared Goth, and his wife named Belinda, who had two children Arthur and Athena Goth. This made her delve deeper, discovering that Belinda was not only a distant cousin of her great-great grandmother Cornelia Goth, but also a Crumplebottom, revealing that she had two sisters. Beyond that picture, there was nothing.

Helena shared this knowledge with her family, where were more than intrigued. The family dug deep, reaching their inner Goth. During a full moon, they took to the family graveyard, and conducted a séance, to reach the ancestors, that may have known him. The knowledge they were given, from the Netherworld shocked them, and made them happy at the thought there were more Goths out there. Victor, Gretle and Gunther told them the tale of a man, with a dream of making a name for himself, and a truly cosmic story that filled in the gaps of the missing branch of the Goth family tree. 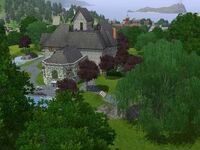 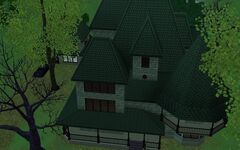 434 Huckleberry Lane. Home of the Moonlight Falls Goths.
Add an image to this gallery 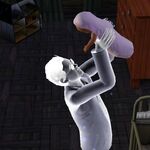 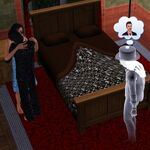 Gunther peeping on Mortimer and Bella. 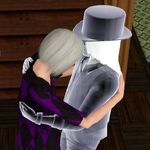 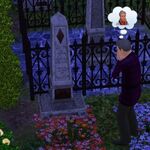 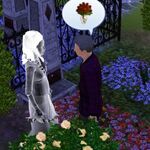 Mortimer meeting Bella in the graveyard.
Add an image to this gallery 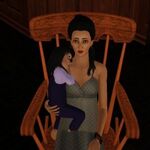 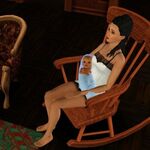 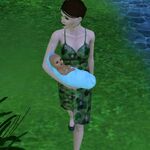 Coming home during the full moon. 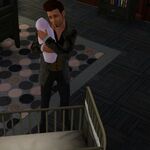 Brother & Sister
Add an image to this gallery 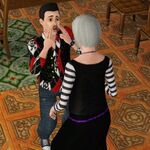 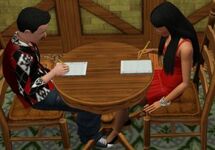 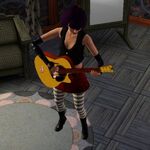 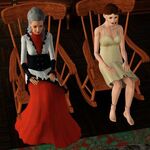 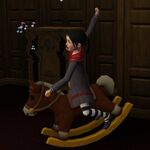 Athena riding a rocking horse.
Add an image to this gallery 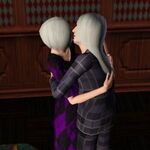 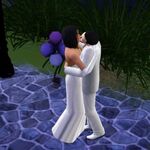 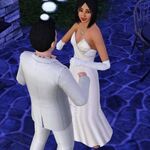 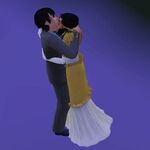 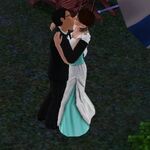 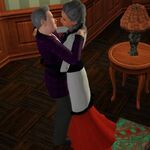 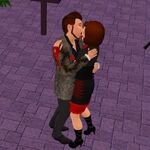 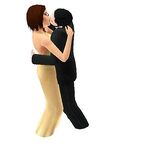 Jared and Belinda, winter wedding.
Add an image to this gallery

Retrieved from "https://sims.fandom.com/wiki/Fanon:Goth_family_(WayfinderOwl)?oldid=644197"
Community content is available under CC-BY-SA unless otherwise noted.