Francesca Goth is the only daughter of Dina Goth and her late husband Mortimer. She is also the half sister of Cassandra and Alexander Goth, the niece of Nina Caliente, the cousin of Nino Caliente, and the step-aunt of Dylan Dreamer.

Mortimer died of old age only a few days after Francesca was born, so Francesca doesn't remember him at all. As a baby and a toddler, she was always cared for by her mother, her half-brother, or one of the many nannies. Though Dina is generally seen as selfish and rude (which is actually untrue), she truly loves and cares for her daughter.

Upon Mortimer's death, Francesca inherited a large sum of money, which will become hers once she grows into an adult. Around Pleasantview, Francesca is disrespected by the citizens, who call her 'not a true Goth' and believe she will turn out to be a gold digger 'just like her mother'. However, Francesca has a Family aspiration and has no interest in gaining large amounts of money. 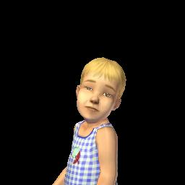 Francesca Goth as a toddler. 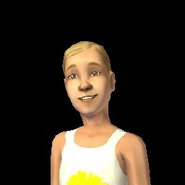 Francesca Goth as a child. 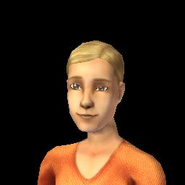 Francesca Goth as a teen, when her hair was still blonde.
Add an image to this gallery
Retrieved from "https://sims.fandom.com/wiki/Fanon:Francesca_Goth?oldid=778744"
Community content is available under CC-BY-SA unless otherwise noted.