Flynn Space is the adult daughter of Amin and Atta and the sister of Kylie, Lupin, Roger, Nancy and Allen. She couldn't wait to leave to college and be independent but now she wishes she could go back to when life was simple and fun.

Before Flynn was born, Amin and Atta lived a poor life as they came from a foreign land. Although Atta's mother was a normal sim, she didn't show any normal genes. One day, someone became interested in Amin and Atta's gren skin and offered them a modeling job for a new green range of clothes. Suddenly everything changed for them. They were rich and in demand all the time. After a few years, they took early retirement and settled down.

As a toddler, Flynn's life was constantly changing. As her sister moved out, her brother was born. Flynn didn't particularly like being a toddler as all the attention went to Roger but she just grew closer to her sister Lupin instead.

As a teen, Flynn had only one wish, to go to college. Sadly her mother wouldn't let her as she was too young so she just waited. She didn't tell anyone but Lupin (who was now engaged and a senior) that really she wanted to go to college to fall in love as she wanted to find 'Mr Right' like Kylie and Lupin. Lupin told her that she shouldn't look too hard, Mr Right would find her in the end, just like Lupin's fiancee did. Content with this, Flynn counted down the days to college.

Being a young adult wasn't all Flynn though it would be. For a start? she couldn't find 'Mr Right' no matter how hard she tried and she didn't seem to have any friends as nobody bothered to find out the real reason she was moody and grumpy, her dad had died. This all changed when she gained a roommate, Maureen Langford sister of Adrian Langford who she would later get to know a bit more than she expected... Flynn befriended Maureen and told Maureen what was bothering her. Maureen told her that maybe she could help let Flynn get out more and set her up on a blind date with her older brother who was a senior, the year above them. Flynn and Adrian had great chemistry and by the end of the date agreed they were both attracted to each other and arranged another date. Although they'd only just met Flynn was sure she was in love with him. They arranged a few more dates and fell in love...

As an elder, Flynn and Juan had a relaxing life at home. They were still sad about Ariel, the pain would ever go but it seemed so long ago, just a painful memory. Flynn hea from Maureen that Adrian had died of pneumonia recently. Fynn felt a little sad he had never met his son properly but there was nothing she could do now. Flynn felt depressed from then on. Juan seemed distant which helped nothing and most of all she missed being a full-time mum. With Ariel dead and Amin. Jr at college she felt like she had no meaning of life. She would cry herself to sleep at night and wanted Ariel back with all her heart but she knew it could never happen. Flynn and Juan began drifting apart and by the end, they could barely look each other eye to eye. The weirdest thing happened, Flynn began missing Adrian and wished she had married him. Flynn died feeling unfulfilled. 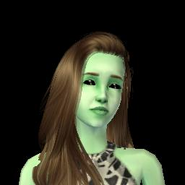 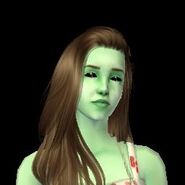 Flynn Space as a Young Adult. 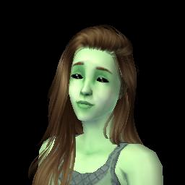 Flynn Space as an Adult. 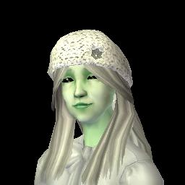 Flynn Space as an Elder.
Add an image to this gallery
Retrieved from "https://sims.fandom.com/wiki/Fanon:Flynn_Space?oldid=638626"
Community content is available under CC-BY-SA unless otherwise noted.