Fanon article ownership
This fanon page was created and is owned by DutchlishSim (talk). Unless the edit is constructive and/or minor (such as fixing a template), please do not edit this page unless given permission from the author.

The Fischer family is a rich, but infamous family in The Sims 2. They're living in Fear Valley (downtown of Desiderata Valley). The family is involved with supernatural affairs. Now there are vampires, werewolves and a zombie.

A life in 'the new world'Edit

It all started with the birth of Radbout Houwdegen in the 13th century. He was the son of two Dutch peasants and they moved to Simtopia. They made a long journey over the sea and finally they reached the new world. Simtopia offered a lot of new opportunities. Radbout's parents started a shop and he inherited the shop after their death.

Radbout was a young an handsome merchant and Queen Samantha couldn't resist his charmes. They started an affair and they got 3 children. He also had an affair with Sister Pythia and another child was the result of it. Queen Samantha gave Radbout the title 'Count'.  When the king discovered the affair, he wanted to execute the Count. However, the Count ran away and never came back.

Radbout's children got their own children, grandchildren, greatgrandchildren, etc. Mr. Fischer (née Houwdegen) was a descendant of Radbout. He had a wife and a son Simon. It's unknown where they lived, but they passed their holidays in Desiderata Valley. Simon loved Desiderata Valley and he moved to the neighborhood when he was an adult.. His parent were possibly deceased.

The Fischers met the inhabitants of Desiderata Valley and became friends with some of them. But everything changed after the divorce of Simon and Michelle. Michelle brought danger to the inhabitants. She turned in a vampire and became a merciless woman. She ruined the lives of many Sims, but Willow Darga finally killed her.

The inventor Loki Beaker created a time machine. When he tested it on his test subject, something went wrong. Four men of the medieval era appeared in the Beaker's laboratorium. Four medieval men between modern day people... Is this the doom of Strangetown?

Simon Fischer's cousin Katherine Williams-Houwdegen was a secret agent and she has to discover the secrets of the Capps and the Montys. Will she end the feud?

Bonnie Houwdegen moved to Pleasantview and got in love with Don Lothario. They married and Bonnie got pregnant. Then she mysteriously disappeared and Don was the last person who saw her... Isn't it suspicious Don also saw Bella Goth as the last person? Or is Strangetown's time machine accident the reason of her disappearance?

Count Radbout Houwdegen is ancestor of the family, so he has a distant link with the family. Contessa Willow Houwdegen, his wife, was also the nanny of Carl Fischer.

Due their affair Julien Cooke and Michelle Fischer got a child named Carl. Julien married with Carla Cooke and they have a son Felix. 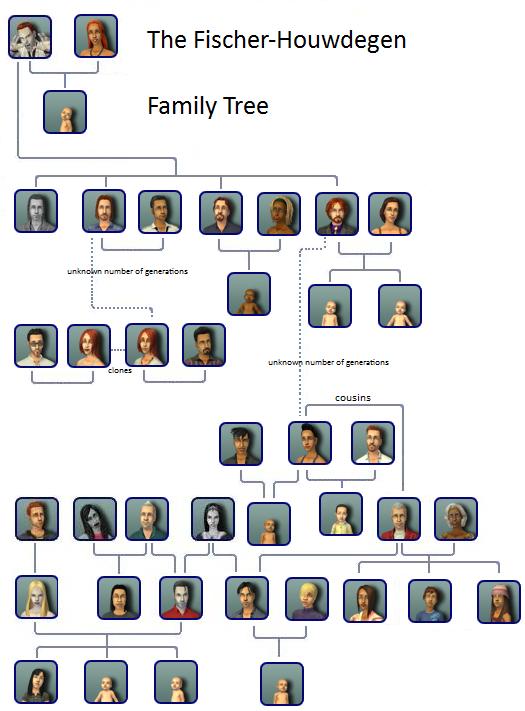 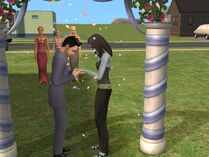 The wedding of Julien and Carla. 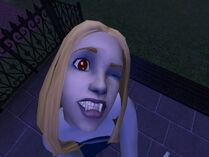 Sophie turns in a vampire. 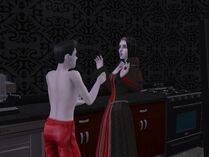 Carl is ashamed of his mother. 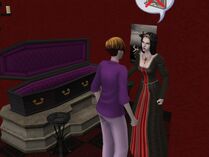 Willow and Michelle argue about the coffin. 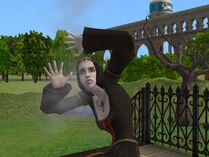 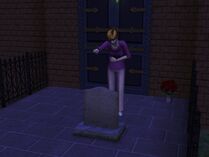 Willow is laughing at Michelle's tombstone. 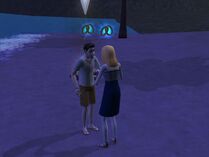 The wedding of Carl and Sophie. 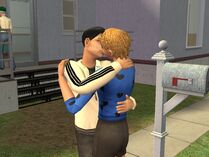 Elijah and Mara at college. 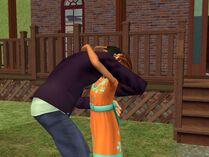 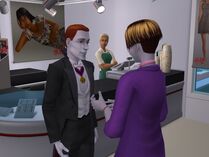 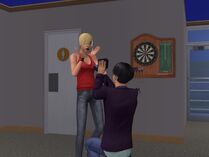 Elijah and Mara are engaged.
Add an image to this gallery

Retrieved from "https://sims.fandom.com/wiki/Fanon:Fischer_family?oldid=625422"
Community content is available under CC-BY-SA unless otherwise noted.