Ember Miller is the son of the divorced couple Sarah and Robbie. He was also the husband of Lupin before she cheated which made them divorce and father of Jeanie Miller, who later avenged his death. He is a descendant of the Grim Reaper which is the reason why his skin is as black as coal.

As a baby, lived with his parents in a small apartment but they were happy together. They were happy just being a small family but near the end of his babyhood, Sarah gave birth to another child...

Things started getting crowded. Sarah was very fertile and kept having more children until there were 5, around the time Ember grew up. Also his father was bored with Sarah and got the neighbour Angela pregnant.

As a child, Robbie and Sarah grew further apart. At night people began to complain about all the noise at night. Sarah and Robbie weren't getting on and were heading for a divorce. Sarah had enough money from her parents to buy a bigger house and suggested they move out and away from Angela Storm who was boasting about her baby Poppy and Poppy obviously had Robbie's unique skin tone. Robbie disagreed and said he wanted to stay. Sarah said then she buy a new house and take the kids with her but Robbie knew he couldn't fight for custody for all of them so he just fought for Ember who was the oldest and he won. This meant Ember was separated from his brothers and sister which mad him very lonely. Also his parents got a divorce a few weeks later.

As a teen, Ember had grown further apart from his dad and wanted to live with his mum and her new partner, Jason Larson but his dad, in an attempt to reconnect, took him to Twikki Island. Remarkably, it worked and Ember felt closer to Robbie. One day, Ember decided he wanted to go to college. Robbie said that would be a good idea and he, along with Sarah agreed to pay fro him to go to Academie Le Tour. He decided to go to a dorm with three other freshmans like him.

As a young adult, Ember moved into a dorm with Billy Nivian, Lupin Space and Ginger Newson. Initially he was attracted to Ginger as she was more pretty but so did Billy… Ember failed to notice that Lupin was desperate to be noticed by him. One day, Ember caught Ginger flirting with Billy and realised she'd never love him. So he decided to go out with Lupin instead. She surprised him by being kind and funny. After this, things went really fat as within a few months they'd already woohooed. During Senior year, Ember proposed and Lupin said Yes so he ended college happy and fulfilled.

As an adult, Ember and Lupin married and Ember accidenly got Lupin pregnant. They had a daughter called Jeanie and she was quite a hand full for the young couple. Ember managed to cope really well but Lupin was struggling. Jeanie's constant needs meant Lupin and Ember had no time alone and they're relationship declined rapidly. Ember thought they would manage and it was just a struggle that they would overcome together but he was wrong. He caught Luin cheating with a man called Joe. He was horrified and sent her out the house. He then filed for a divorce and also full custody of Jeanie and won. He didn't do this to spite Lupin but because he wanted the best for Jeanie and knew Lupin wouldn't give it. One day, terrible news hit Ember and Jeanie, Lupin was dead. Ember was still angry but didn't think Lupin deserved death. At the funeral, Ember was upset but kept a brave face for his daughter and just wanted to tell her it would all be ok but he knew he couldn't do that. Suddenly, a police car drove up. Ember was confused when a police officer handcuffed him and told him Lupin's death case had been reopened due to several requests and he had been mentioned as a possible suspect for her murder so he would have to come with them. He tried to reach out for his daughter but couldn't see hr in the crowd of family and friends. He called for her one more time before they loaded him into the police car and drove off. Ember was devastated that he was in prison and missed his daughter everyday. He was devastated to miss her birthday as he had hoped to be released by then. One day, the case took a terrible twist. They found Ember guilty of Lupin's murder and gave him a life sentence. Ember just wanted to be able to see his daughter and explain everything to her but they refused. Even worse, Bernadette Carr was released which could only be a bad thing... One day, something terrible happened... Ember was attacked. Strangely the killer had't initially intended to hurt him. He only attacked him when he refused to answer the question 'Where are they hiding her? I know you know.' Ember was taken to hospital where he Jeanie was allowed to visit him. Sadly, even if she did, he wouldn't know, Ember was in a deep coma... Jeanie visited him most days and tried to wake him up but it all failed. Ember died a month after his assault. Little did he know his death was the main cause of Jeanie's hunger for revenge. 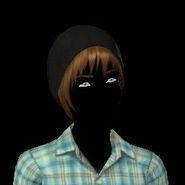 Ember as a Young Adult 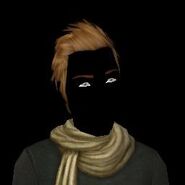 Ember as an Adult

Ember and Jeanie.
Add an image to this gallery
Retrieved from "https://sims.fandom.com/wiki/Fanon:Ember_Miller?oldid=638599"
Community content is available under CC-BY-SA unless otherwise noted.