These are the known Dungeons that were covered up at the moment.

Go back! >Dungeon of NO RETURN<

Owned and created by Nova Watson.
The largest dungeon Nova has created, this prison has lead to many unknown deaths and cause of deformity of Sim's bodies ever seen. No known Sims have stepped out to testify if it was true that this place even existed. This was a hunting grounds for Nova to actually test her guinea pigs.
Status: Not Found

Owned by Nova and created by Noah O'Dourke.
The last dungeon found by the military, this dungeon was converted into a pool by the town. This dungeon is the only dungeon that no Sims were killed nor tested on. Sims were just brought here to be interrogated about selling secrets to the government. It is the only small dungeon.
Status: Located in Appaloosa Plains but has been converted into a swimming area. 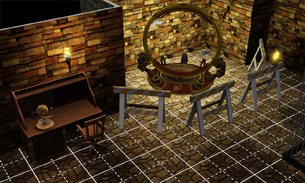 A body chamber used to test the Sim's nervous system and body heat. 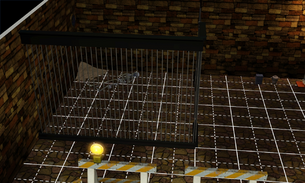 A cage which held starving Sims. 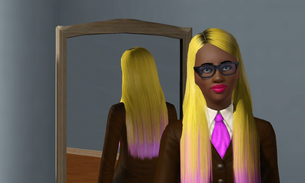 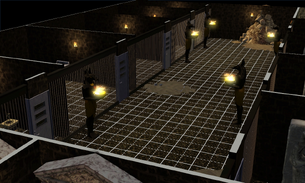 Level two of the dungeon, prisoners were kept here and tested in a small room at the end. 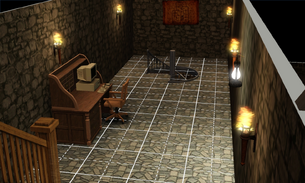 First level, Sims would give their information to Zola and she would delete all of their records in order to make it look like they never existed. 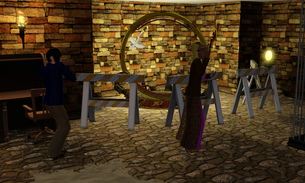 Why is everyone locked in the cages?!?!?!? Bring them to the Wheel of Fortune!
Add an image to this gallery

Owned and created by Zola.
This dungeon was used to test Sims in water. Zola made it a medium sized but eventually made it larger for the extra test tubs. Sims bodies were put in chambers and their weight were changed in order to test body mass in the changing temperatures.
Status: Unknown

Owned by Noah and created by Zola and Nova.
The first dungeon in mind, it was created in Riverview. The actually designer was Atlas himself but Nova stole this idea after his timely death. The dungeon was used to clone Sims and test their clone's genetics and see if they can adapt in a different lifestyle not of their own. The plans always backfired and victims ended killing their selves.
Status: Located in Riverview but was taken down and a home was build over the lot.

Retrieved from "https://sims.fandom.com/wiki/Fanon:Dungeon_of_NO_RETURN/Dungeons?oldid=625320"
Community content is available under CC-BY-SA unless otherwise noted.