Drew Curious is the son of Klatu Curious and Marsha Curious. Remarkable is that while his father is an alien he didn't inheritate his green skin or black eyes, what is kind unusual because the alien genes are normally dominant.

Drew is what they call; 'an accident'. Klatu and Marsha were in love, but also young. Marsha was excited because she always wanted children and in her mind they couldn't start early enough, Klatu however was horrified; he would put another green creature on this world. He cared about Marsha and didn't want to leave her so they got a fast engagement and marriage.

Only a day after Klatu's and Marsha's wedding, Marsha gave birth to a baby boy named Drew. Klatu was stunned when he discovered his son was a perfectly healthy Sim, with his mother's skintone and his grandfather's beautiful blue eyes.

Klatu was absent most of Drew's toddler life, he was a doctor and there was always work for him. This meant that unemployed Marsha had to take care if him and so did she teach him all his toddler skills. At a certain point Marsha didn't accept this lack of interest from Klatu towards their son and she demanded that they would move to another house, because the Curious household was pressuring Klatu too much. Klatu, still a little disliking his son (you maybe didn't see them, but he still had the alien genes he hated so much) agreed and they moved out.

Drew wasn't as gifted as his father Klatu , most of the time he got B's. Not bad, but not great either.He remembered one time he got an A, but that was the same day his father got at the top of the medical career.

When Drew became a teen he chose the romance aspiration, again and maybe on purpose disappointing his father in not being like him. His mother Marsha was happy for him; she gave him enough love to love others now.

Although he had the romance aspiration, Drew didn't have any romantical relationships in his teenhood, what is kind of unusual. Besides Sarah he didn't have much friends either.

Now an adult, Drew is done with his father Klatu and moves back to the Curious household, where his cousin Sarah lives.

There he meets Genesis Lam, their maid for over two generations. She falls madly in love with him and Drew, a little clueless because he never got this much attention, answers her love with his first kiss. Not long after the engagement of his cousin Sarah he proposes to Genesis, although they just dated for a short period of time. Oddly Genesis accepts but they decide to wait a while before they will marry.

When they shared their first WooHoo Genesis soon discovered that she was pregnant. Drew and Genesis were both scared by this idea, both not sure if parenthood was the right thing for them. However the baby turned out to be born prematurely and didn't survive. Genesis and Drew named her True Curious, referring to the fact that she was too curious to wait until she was ready to be born.

Drew gets depressed because of the lost of his daughter and gets romantical involved with their new maid Aiyana Dallas. However, when they WooHoo they get caught by Genesis and in a rage of anger she cancels the wedding. Drew is hopeless and doesn't know what to do, he marries Aiyana and she gets pregnant. They get twingirls called Ana and Emma Curious. His mother Marsha dies just before their birth.

When the girls turn into toddlers he teaches Ana her toddler skills. However, when they turn into children he loses interest and stops taking care of them. In that period also his father Klatu dies, although he doesn't really care. His ex Genesis makes sure that his daughters get into private school and helps them with their homework.

Just before the girls turn into teens, Drew grows up as an elder and retires as a hall of famer. Together with the other elders of the third generation he moves out the Curious household so their children can start their own families. He is happy to see that both of his daughters get married, even though he doesn't really agree that his daughter Emma marries a zombie. But he is too old and tired to make a problem out of this. Shortly after Ana announces her first pregnancy Drew dies of old age. 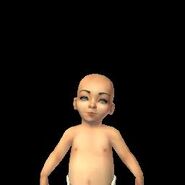 Drew as a baby. 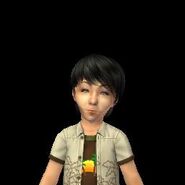 Drew as a toddler. 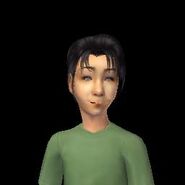 Drew as a child. 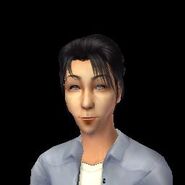 Drew as a teen. 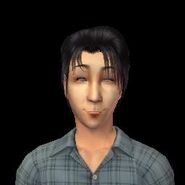 Drew as an adult. 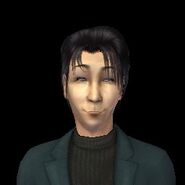 Drew as an elder.
Add an image to this gallery
Retrieved from "https://sims.fandom.com/wiki/Fanon:Drew_Curious?oldid=743018"
Community content is available under CC-BY-SA unless otherwise noted.