Fanon article ownership
This fanon page was created and is owned by Attyjcn (talk). Unless the edit is constructive and/or minor (such as fixing a template), please do not edit this page unless given permission from the author.

Dorothy Johnson (née Naftzger) is the fanon Sim created by Attyjcn. She lives in Appaloosa Plains with her husband, fish, daughter and cats.

When Dorothy and Goldie first moved to Appaloosa Plains, Dorothy decided to join the Journalism career. Unfortunately, something tragic happened: even though she locked the front door, she didn't lock the porch door. While a burglar had not struck, Goldie had gone missing. For a couple days, Dorothy went into a depression, leaving the porch door unlocked and staring nonstop at pictures of cats online. Suddenly, one day, Goldie returned home, with a new friend: a cat who lived with a woman named Hetty Lionheart. The cat's name was Muffin, and he planned to follow Goldie home, but they got stuck in the ceiling of a fishing reserve. Luckily, Dorothy welcomed him.

Before long, Dorothy met Johnny Johnson, friend of a former rodeo star. They immediately clicked, and are currently married and living with Goldie, Muffin, who moved in with them (Hetty is no longer worried), their kitten Molly, their teenage daughter Anna, and their three fish, Willie, Whittany Sr., and Whittany Jr. 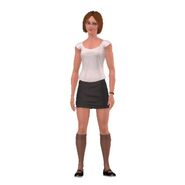 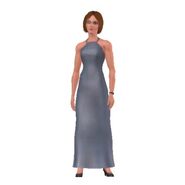 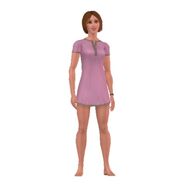 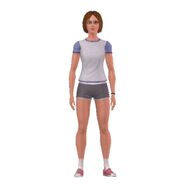 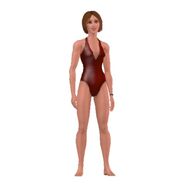 Swimwear
Add an image to this gallery
Retrieved from "https://sims.fandom.com/wiki/Fanon:Dorothy_Johnson?oldid=541288"
Community content is available under CC-BY-SA unless otherwise noted.