Donald Lothario is a main character in the PleasantView machinima series created by CrazeSimGaming.

The premade version of adult Don Lothario can be found in The Sims 2's Pleasantview neighbourhood. He first appeared in the very first episode of PleasantView titled 'Wedding Plans' which was released on July 5, 2016

Donald ​Lothario was born on July 23, 1981, in Oasis Springs. He's the only son to Nicolo and Adriana Lothario. During the first stages of his childhood Don lived with his parents in Oasis Springs only to move out to Riverview in 1994 due to his father's promotion.

Shortly after the move him and his family resided to Old Town. Where he met his first love Nina Caliente, then after her departure in 1998 he found his second love Cassandra Goth, but in 2004 they broke up for unknown reasons. In 2009 Don's parents Nicolo and Adriana both passed away due to Old Age.

During the year 2000, Don was first shocked by lightning during his date with Cassandra Goth. A sign of Don's wrong doing. Later that year he met his third love Kaylynn Langerak, which was his family's maid at the time.

On September 14, 2004. Don Lothario invited Bella Goth to his home after he attemped to kiss her and failed, ​he tried to make it up to her by giving her his telescope. When Bella first used the telescope she noticed 'something strange' up the sky, it was at that point she was abducted by aliens. Which resulted in Don getting shot by another lightning strike due to his second mistake.

After Bella's disappearance, later that year he went after his fourth love Dina Caliente while also dating two other women (Nina Caliente and Kaylynn Langerak) and being engaged to Cassandra Goth since 2014.

On September 15, 2016, on Don and Cassandra's wedding day. He ran out on her due to his personal reasons. He was then followed by Bella Goth who just returned to Pleasantview after hearing about her daughter's wedding and her companion Kathryn Sampson. After he arrived at his home he was then confronted by Bella Goth, resulting in Bella telling her story of how she escpaed from the aliens. After she revealed that she came only to get rid of Don, with an unknown power she teleported Don through time into the year 1994 on the exact month and day. Since then Don was stuck in that timeline, and never was able to get out. During his time in 1994 he met his mother Adriana Lothario and his younger self, he also meet the teenage Skip Broke during his criminal years.

In Season 1, Don is introduced as a guy who has a lot of secrets and is unsure of his wedding. His disappearance was never fully explained. 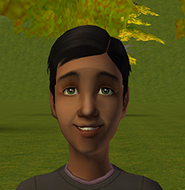 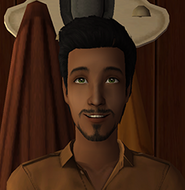 Don Lothario in 1994 in his TS3 Clothing 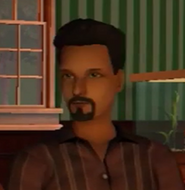 Don and Bella in 2004
Add an image to this gallery
Retrieved from "https://sims.fandom.com/wiki/Fanon:Don_Lothario_(PV_CrazeSim)?oldid=768102"
Community content is available under CC-BY-SA unless otherwise noted.