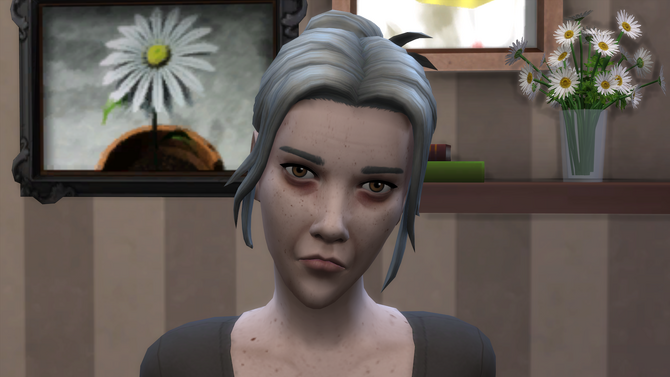 Deirdre Schweiger is a Sim created by KailynnKat and member of the fifth generation of the Schweiger family. She's not playable in The Sims, The Sims 2 and The Sims 3 since she died young in those versions. However in the alternate universe of The Sims 4 she reached elderhood and is a playable Sim.

Not much is known about her life in The Sims 3 since she is already deceased and can only be found in the family tree and in the family graveyard in the back of the Schweiger mansion. Her ghost appears to be a child, that died from starvation. It's notable that she is the older half-sister of Satinav. While having the same mother, their fathers are two different sims.

Life leading up to The SimsEdit

Since she is still deceased, there's nothing new to learn about her. Her tombstone is still standing in the family graveyard of the Schweiger family.

She is still deceased and her tombstone is still on the lot of the Schweiger mansion. Her ghost still appears to be a child, that died from starvation.

Life leading up to The Sims 4Edit 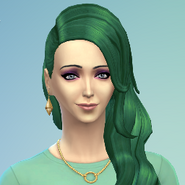 The old TS4 version of Deirdre, back then called Calcatrix Pekuleah.

One version of Deirdre as how she would've appeared as a teen in The Sims 4.

Another version of her as a teen.

Deirdre after she ran away from her previous adoptive family.

Deirdre's design in The Sims 4.

Deirdre as she appears ingame together with her cat Hubertus.
Add an image to this gallery

Outfits in The Sims 4.
Add an image to this gallery

Retrieved from "https://sims.fandom.com/wiki/Fanon:Deirdre_Schweiger?oldid=884077"
Community content is available under CC-BY-SA unless otherwise noted.