Debbie Gothier née. Worthington was the daughter of Cara Worthington and Frances J. Worthington III. She contracted a mysterious illness and died but not before marrying Barney and having a daughter, Belle.

Before she was born, Francis had an affair with Kylie without Cara or Fricorith knowing but she ended. After that Francis still loved Kylie and not Cara. In an attempt to distract himself, Francis had many affairs but he kept coming back to a woman called Kari Tan. However when he heard Cara was pregnant he broke up with her and stopped his affairs.

In her early life, Debbie was mostly taken care of by her nanny Calista as her parents were away a lot. Debbie lived a life of Lonely Luxury. Her only happiness was her friends, Quinn and Barney.

As a teen, Barney and Debbie started dating but one day her father said he didn't want her to date an Alien. Debbie didn't want to disappoint her Dad so she broke up with Barney but she still secretly loved him. Also her parents divorced when her Dad had an affair with her au pair, Brooke. This made her more of a gothic person and she became friends with other Goths too. She started dating a fellow goth called Eric and was convinced this would stop her pining after Barney. She soon decided to go to college to escape her complex life.

As a young adult, Debbie and Eric got engaged. She was happy with her friends and thought that she had lost all her feelings for Barney (although her friends said they'd never truly be gone). She graduated without honours with a Biology degree.

As an adult, Debbie moved in with Eric into an apartment in Kierra District. She didn't ever really want to go back to her childhood town as it would bring back bad memories. She initially planned her wedding to be a long time away but this soon changed. Debbie was diagnosed with a Mystery Illness. The doctors had no idea what it was but all they knew was that it would kill her. It could be in years or it could be sooner. She rescheduled her wedding with Eric to a month but in that month she began to reconsider whether she wanted to spend her dying days with Eric. She went to visit Quinn before her wedding in the hopes of making up her mind but if anything it made it more complex. She bumped into Barney who told her that she was rushing into things. She left for one reason. He might be right.

On the day of her wedding, Debbie didn't show up. She had decided to leave Eric and go back to Barney as she truly loved him. However, as she ran she began to feel dizzy and her head hurt. The doctors words echoed back to her 'it could be sooner'. She called out Barney's name before she collapsed onto the road. Debbie woke up in hospital with Barney next to her. She wasn't sure how she survived, but she was here. She told everything to Barney, about how she couldn't go through with the wedding, she was slowly dying, she was scared and just wanted him. That night in the hospital, Barney and Debbie woohooed but in the morning, she said it wasn't a good idea. After she was discharged she went on a long holiday to Three Lakes to lose all her worries and cares and also help her NOT notice her growing waist line... After 6 months, Debbie knew that this was ridiculous she went to find Barney. As she stood outside his apartment and wondered if he'd accept her after all this. Barney answered the door and immediately his eyes went to her stomach. 'Who's baby is it?' He asked. Debbie took a deep breath and replied 'Yours'.

Debbie stayed with Barney at his apartment at first just for the Baby but after a while it was because they wanted to be together. They began dating and later got engaged. They had a small private ceremony just before the baby was born. The baby was born after the ceremony. She was a little girl and they called her Belle. Around the time Belle was a toddler, Debbie died of her illness. Her husband followed soon after... 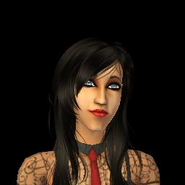 Debbie Gothier as a Teen. 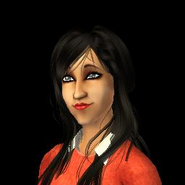 Debbie Gothier as a Young Adult. 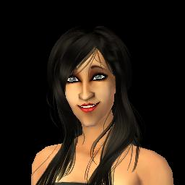 Debbie Gothier as an Adult.
Add an image to this gallery
Retrieved from "https://sims.fandom.com/wiki/Fanon:Debbie_Gothier?oldid=724907"
Community content is available under CC-BY-SA unless otherwise noted.