Daniel Pleasant is a main character in the PleasantView machinima series created by CrazeSimGaming.

The premade version of adult Daniel Pleasant and his family can be found in The Sims 2's Pleasantview neighbourhood. Daniel first appeared in the third episode of PleasantView titled 'The Truth's Upon Us' which was released on October 23, 2016.

Daniel Pleasant was born on August 23, 1980, in Old Town. He met his first love Mary-Sue Oldie in High School in 1997. Daniel never went to University but he was part of a football team which began his Athletic carrer. He's the son of Jeff and Diane Pleasant, a sibling to Jennifer Burb, a husband to Mary-Sue Pleasant and a father to Angela and Lilith Pleasant.

He married Mary-Sue in 2001, two years after the birth of their children. They went on a honeymoon to Sunlit Tides for a short time. Mary-Sue gave birth to their twin daughters, Angela and Lilith on February 13, 1999. They lived in Old Town for a short period from 1999 to 2003. They moved to Pleasantview on November of 2003. Since then they all reside at the current house.

Daniel Pleasant started having an affair with the family maid Kaylynn Langerak during the early 2010's, his reason is unknown. Since then he kept it hidden away from his family.

In Season 1, Daniel is introduced as a caring husband and a friend to Mary. His affair is yet unknown to his family. 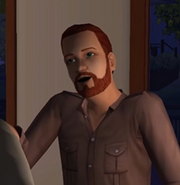 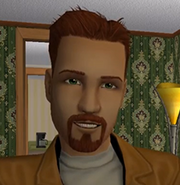 Daniel in 2004
Add an image to this gallery
Retrieved from "https://sims.fandom.com/wiki/Fanon:Daniel_Pleasant_(PV_CrazeSim)?oldid=768035"
Community content is available under CC-BY-SA unless otherwise noted.