Cassandra Goth is a well known resident in my player stories in The Sims 2 in Pleasantview. She is the daughter of Mortimer and Bella Goth, the older sister of Alexander Goth, the older half-sister of Dylan Goth, the ex-fiancée of Don Lothario, the wife of Darren Goth, the adoptive mother of Dirk Dreamer and mother of Bella II, Mortimer II, Cornelia II and Darleen Goth. Cassandra is voiced by Gerri Lawlor and is 26 days from being an Elder.

When I first noted that Darren had romantic feelings for Cassandra Goth, I automatically decided that if he wanted another chance at love, he wasn't going to stop until he'd won her affection. Initially Cassandra was reluctant to reciprocate Darren's romantic feelings (possibly due to being in a bad mood) but did so a little while later. She eventually also agreed to move in with him and be his partner - despite still being engaged to the town womaniser Don Lothario. The reasons for Cassandra being more resisting to her romance with Darren may be due to being less outgoing, and more grouchy.

Early in the game, before I used Cheats I found it difficult to keep all the Sims' motives and aspiration levels under control. These days I'd find it much easier, even without cheats.

Darren was sure that if he and Cassandra kept on top of their relationship, Cassandra would lose interest in Don and bind a commitment with Darren instead. Darren's predictions were soon answered but not the way he had expected. Cassandra was already starting to change her mind about getting married to Don on the day of their wedding. The wedding guests were - Kaylynn Pleasant, Dina Caliente and Nina Caliente who was now a friend of Cassandra's. Don was left at the altar after Cassandra caught him Cheating with Dina. 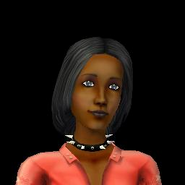 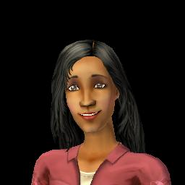 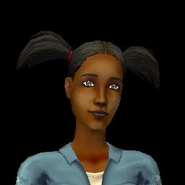 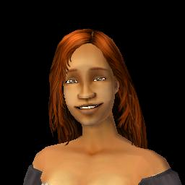 Cassandra's former Maid Lucy.
Add an image to this gallery

Retrieved from "https://sims.fandom.com/wiki/Fanon:Cassandra_Goth_(C.Syde)?oldid=901804"
Community content is available under CC-BY-SA unless otherwise noted.