Fanon article ownership
This fanon page was created and is owned by OoppDecks (talk). Unless the edit is constructive and/or minor (such as fixing a template), please do not edit this page unless given permission from the author.
The Carlsen family is a household living in Willow Creek in The Sims 4. The original family unit consisted of brothers Alexander and Dirk, Young Adult and Child respectively, but has since expanded to include Alexander's wife Miriam, and the now adult Dirk's wife Jasmine. The family is predominantly focused on business and money.

At the time of the family's creation, the older brother Alexander started out as a Young Adult and Dirk started out as a Child . They settled on Bargain Bend in Willow Creek in a cheap starter home. Alexander found a job in the Business career and didn't always have time for his younger brother. Dirk, meanwhile, focused on gaining skills and getting good grades, and eventually fulfilled all four of his childhood aspirations, giving him four extra traits, Creatively Gifted, Socially Gifted, Physically Gifted and Mentally Gifted. By the time Dirk was at the end of the Child life stage, Alexander was already halfway through the career, and chose to follow the Management path.

When Dirk aged up, the two brothers discovered a common interest in exercise, and they visited the gym to gain muscle. Yet Alexander was focused on claiming the title of Business Tyccon and had little time for Dirk, who was still more interested in schoolwork than he was in getting friends. The rest of Dirk's teenhood was relatively uneventful, and Alexander eventually aged into an Adult .

Dirk eventually became a Young Adult and took a job in the Business career like his brother, who by now had achieved the title of Business Tycoon. Over time, the money Alex and Dirk accumulated allowed them to expand their house and allowed them to buy higher-quality furniture. Not wanting to let this successful family die out eventually, Alexander began dating his next-door neighbor Miriam Abd Manaf , who although initially resistant to his advances, eventually fell in love and moved in with the brothers. The addition of Miriam gave the family a large amount of money to spend, which they used to add a well-decorated second floor, complete with a studio for Miriam to paint in.

The money the family made allowed them to take in a roommate, Jasmine Sabbahi , who romantically pursued Dirk, who was initially confused by her advances. Jasmine also aqquired a job as a businesswoman, giving her and Dirk a common interest. By the time that the family had expanded into four Sims, Alexander was in the middle of the adult stage, and I knew that I wanted to give him children before he aged into an Elder. Miriam eventually got pregnant, and married Alexander in the backyard of their home. Jasmine and Dirk, meanwhile had an affair that resulted in her getting pregnant as well, although the two did not commit to a relationship or a marriage.

Despite their pregnancies , Miriam and Jasmine continued working alongside Dirk and Alexander, even gaining a couple of promotions. This gave them enough funds to add a third floor to their house, complete with a small nursery and another bedroom. Eventually, both Jasmine and Miriam's pregnancies came to term and two baby boys were born. Miriam and Alexander's boy was named Yosef Carlsen , while Jasmine and Dirk's baby was named Teddy Sabbahi. Yosef aged into a child a short time after his birth where it became apparent that he inherited mostly his father's genetics. Teddy aged up a few days later, and the two cousins became inseparable, eventually becoming good friends with the rest of the family. By the time that both of the boys were children, Alexander was on his last days as an Adult, and sired another child with Miriam, only a few hours after Dirk and Jasmine concieved their second child.

Around this time, the family began to feel disconnected since all of the members focused on their individual careers and schoolwork, a big reason being the acute lack of funds after the creation of the third floor. During Jasmine's pregnancy, she and Dirk finally got married in the newly decorated office in a private ceremony. Teddy changed his last name from Sabbahi to that of his father. By the time that the two couples had their second children, both daughters, Alexander was on his last day as an adult, and aged into an Elder mere hours after the birth of his daughter Natasha . The now Adult Dirk and Jasmine named their daughter Alexandra after her uncle.

After two children, Alexander's life was close to an end, which prompted him to have one last child with Miriam. During Miriam's pregnancy, Alexander said farewell to his family and eventually passed away in the living room due to Old Age . Miriam, Jasmine and Yosef were devastated by the death of Alexander, though, because Dirk wasn't present at the time of Alexander's death, Dirk remained relatively unaffected by the death of his brother. After the death of Alexander, the whole family had to work hard to make ends meet and to properly care for baby Adrienne .

Taking care of Adrienne and working to uphold the same quality of life after Alexander's passing was not an easy task, and cousin Teddy was the one who accepted most of the responsibilty while Yosef, Dirk, Miriam and Jasmine were working. Eventually Adrienne aged into a Child around the same time that Alexandra and Natasha became teenagers. Due to the changed family dynamics, the children all sleep in different places from before. Due to the death of her father, Natasha had a rebellious phase at the same time as her cousin Alexandra's 'alternative' phase, so Dirk's old room was redesigned to fit the two teenage girls. Yosef got his room moved to the former nursery, as Adrienne took over his child's room.

After a rough spot caused by the death of Alexander, the family once again found stability. The almost-elderly Dirk finally reached the top of his career, and thus thousands of Simoleons began pouring in on a daily basis. The younger generation, starting with Yosef, soon became full-grown adults and found their own lives and careers, despite them still living in their childhood home. Adrienne grew from a little girl to an ambitious Teenager with a love for collectibles. Miriam and Jasmine both advanced in their respective careers, and added several thousands of Simoleons to the family funds.

Eventually, Dirk became an Elder, and got several raises due to great work performance, although some of that performance was illegitimately aqquired by hacking. Despite being fully grown, the younger generation is yet to find love, due to the family being full. Despite this, Yosef has been building a good friendship with an attractive Mail Deliverer, while Teddy has found his first friend outside of the family, a Pizza Deliverywoman randomly passing by the lot. Due to the large amout of money being earned by the older members, the Carlsen could afford many modifications to their house, including a fourth floor, a disconnected patio with a hot tub, and a basement with expensive workout equipment, an indoor pool and a sauna. Jasmine is currently on her first or second day of elderhood, while Miriam is on her last days of Adulthood.

Alexander Carlsen as a Young Adult

Dirk Carlsen as a Child 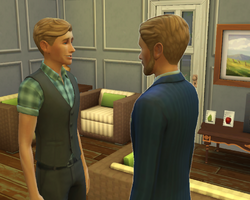 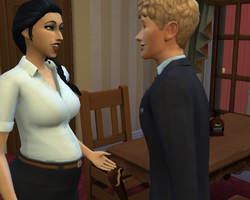 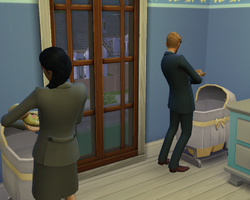 Jasmine and Alexander caring for their respective babies 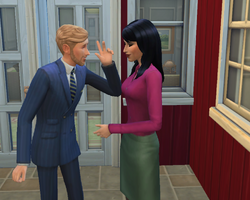 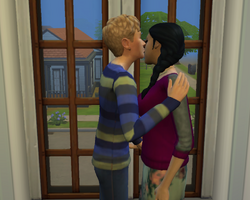 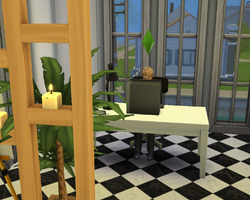 Dirk working in his office 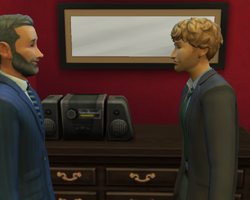 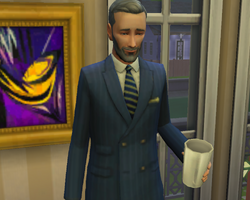 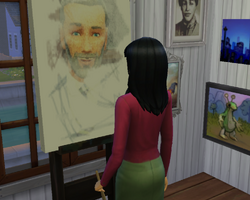 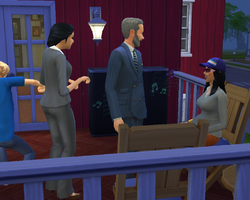 The family says their goodbyes to Alex 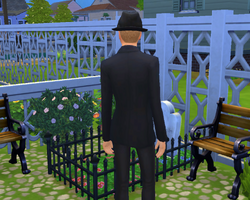 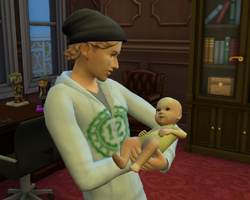 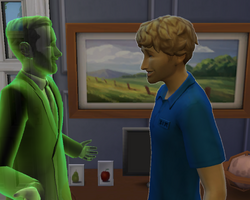 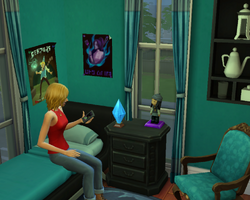 Adrienne in her room 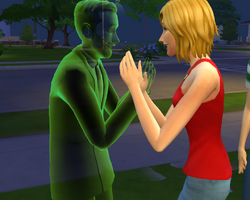 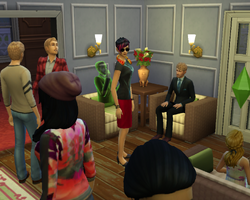 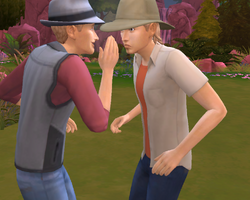 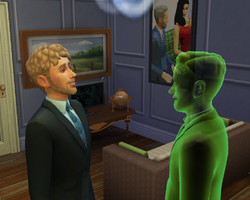 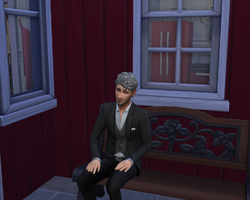 Old Dirk
Add an image to this gallery
Retrieved from "https://sims.fandom.com/wiki/Fanon:Carlsen_Family_(OoppDecks)?oldid=723679"
Community content is available under CC-BY-SA unless otherwise noted.