Camryn Curious (née McGaw) is the wife of Lucas Curious and mother of Deena Curious. She has an obsession for grilled cheese, but this can be because she has the grilled cheese lifetime want.

Not much is known about Camryn's earlier life, as she is only known as a teenage girl at Lucas' and Joshua's high school and later as their college roommate. Their father Lucifer met Camryn even before the twins did, he introduced her to them because she somehow reminded him of his mother Crystal Curious (the twins grandmother). She grew up badly and this may have awakened her Grilled Cheese aspiration.

Camryn is a philosophy student living in a dorm together with Tiffany Riley and twinbrothers Lucas and Joshua Curious. It's not sure why they decided to go together because they didn't have such a great friendship (besides the twins). She had a romantical interest in Lucas quite fast and they did WooHoo just before the end of their freshman year.

Camryn did really well in college, most of the time getting on the dean's list, earning several small amounts of money. She changed her aspiration twice during her college life, in her freshman year to family and back to grilled cheese in her junior year.

Camryn and her fiancé Lucas moved back to the original Curious household together with Joshua, although they didn't stay there for long as the place was already crowded. They got married and Camryn became an official Curious.

They moved to 4 Cover Up Road, the house next to the original Curious household and Tiffany moved in with them as well. Camryn got a job in the journalism career and because of her years in college it wasn't so hard for her to earn several promotions. She got pregnant and Tiffany followed her almost at the same time, giving them the chance to share their ups and downs of the pregnant life. She gave birth to a girl: Deena Curious. She taught Deena how to talk and potty trained her. Camryn also got Deena in to private school and supported her husband about the suspiciousness of who the real father of Harper is.

When Camryn turns into an elder her daughter finally enters adulthood. It doesn't take long for Camryn to realize she is no longer needed and as soon as she is retired she leaves her home together with Lucas, so the current generation can start their own families. Like every mother, Camryn is excited when Deena starts her own family. She loves her grandson John and she thinks he might be the most beautiful boy she has ever seen. She finds it very difficult when her husband Lucas passes away. Just before her own death she discovers that her husband was right about the whole who is Harper's father? issue. 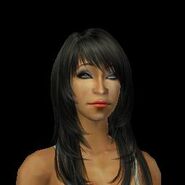 Camryn as a young adult. 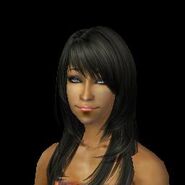 Camryn as an adult. 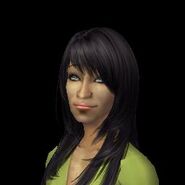 Camryn as an elder.
Add an image to this gallery
Retrieved from "https://sims.fandom.com/wiki/Fanon:Camryn_Curious?oldid=743026"
Community content is available under CC-BY-SA unless otherwise noted.