Though it is unknown where and when Brandi made her first appearance in my player stories, it was likely at 250 Main Street where she potentially met Dustin Broke for the first time. I was currently using my CAS Bunny Leishman, and wasn't paying much attention to the other Sims at the Community lot. Brandi's Memories state that Dustin was the first Sim she met. They would eventually become friends.

A few days later my CAS Stacen Edwards had invited his worst enemy Kingston Starker, the town gangster, over to his house for a fighting session. He asked if his potential future friend could come as well. The surprise guest turned out to be Brandi Broke who was the complete opposite of Kingston. Brandi Broke grew anxious as she watched Stacen getting beaten up by Kingston, so Stacen told her to get lost if she didn't want to watch the violence. Shortly after Brandi Broke left, Brandi Letourneau walked by and when she saw Stacen and Kingston fighting, she became even more anxious than Brandi Broke had been. Stacen forcefully told Brandi to leave, almost without knowing what he was saying. Apparently Stacen thought she was Brandi Broke again, as they had similar clothing, comparable hairstyles, hair and skin colour, and as it turned out, they had the same first name.

That night Stacen went to the local boutique shop and park 330 Main Street and took his temper out on any Sims he came into contact with. Brandi happened to be one of those Sims and she was really upset. Half a month later Stacen recovered from his pain and humiliation, and decided to befriend a couple of Sims. The two Sims he decided to try and befriend were Brandi Broke and Brandi Letourneau. When he continually rang each of them on the telephone, they forgave him for taking his temper out on them without question - probably because they had seen what Stacen had been through and were ready to give him another chance. Stacen soon invited his two new friends over on separate occasions, and it seemed as if their previous encounters with Stacen had never really happened. A couple of days later Stacen decided to invite Brandi Broke and Brandi Letourneau over so he could introduce them to each other, and also to his new Adopted son Amin.

Brandi Broke and Brandi Letourneau had their ups and downs and it took some time before they were able to make the most lengthy conversations. But it was worth it to have them become friends. Stacen and Brandi Broke fell in love and got married, a couple of months later. A few days later Brandi Letourneau would get married to fellow townie Goopy Gilscarbo. They moved into a house next to Stacen and Brandi Broke, along with their roommate Marisa Bendett. The couple had three children together - Joseph Letourneau, and twins Ryker and Jaleb Letourneau who lack any of their father's genetics. I actually impregnated Brandi with her own genetics to produce Ryker and Jaleb, much the same way Brandi Broke had had Skip-Junior Broke a few months earlier. 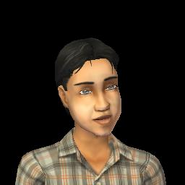 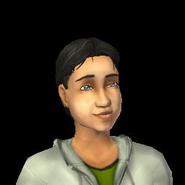 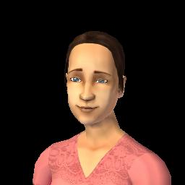 Brandi's acquaintance Jan.
Add an image to this gallery

Retrieved from "https://sims.fandom.com/wiki/Fanon:Brandi_Letourneau?oldid=818478"
Community content is available under CC-BY-SA unless otherwise noted.