Fanon article ownership
This fanon page was created and is owned by JupiterKasparov (talk). Unless the edit is constructive and/or minor (such as fixing a template), please do not edit this page unless given permission from the author.

Originally, the Zwick family was the Royal family of Zwickland, a mountainous Sim nation; the Behemothia family is form Behemothia, a semi-desertific Sim nation, which is a neighbouring country of Zwickland.

Many yaers ago, Julius Behemothia, a rebellious criminal attempted a military-assisted coup to remove the current democratic government of Behemothia. The coup was successful, and he became the dictator, and took the name Behemothia. His wife, Lena, became a minister of the media, and a well-known TV star.

Some time later, a major revolution destabilized Behemothia. Zwickland sent an army to stabilize the situation, but wanted something in exchange for the help. The exchange, as it was stated by Julius Behemothia, to marry his daughter, Anna to Prince Jamison Zwick of Zwickland. This means the two nations' unification, into one large country. Now, after they married at last, the two countries are united. Prince Lionel was born not so long ago. 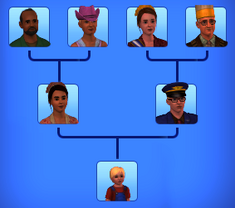 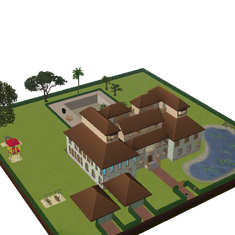 Historically, this estate was owned by the Behemothian Royal family, the Cassius family. After their death, the estate became an official, state-owned museum. However, Julius Behemothia - like many modern dictators - acquired it for personal use. Eventually, he and Lena moved in, shortly before Anna was born. The Zwick family moved in recently, to revise the "great deal", and help the freshly married couple with newborn Prince Lionel.

Origin of the nameEdit

When you download this family from the link below, just install it as an ordinary Sims3Pack. You will need to find an empty lot with at least 60x60 size! The house is included! Since it dows not contain graves, etc. I think it will be OK with any neighborhood, and any large lot.

Retrieved from "https://sims.fandom.com/wiki/Fanon:Behemothia-Zwick_Royal_Family?oldid=885480"
Community content is available under CC-BY-SA unless otherwise noted.