The Sims Wiki
Register
Don't have an account?
Sign In
Advertisement
in: Fanon created and owned by Imageneralwheee, Fanon under construction, Male Sims (fanon),
and 22 more

Beau Broke is the second child of Brandi Broke and her late husband, Skip Broke. He is also the younger brother of Dustin Broke, and the older brother of Skip Broke II. He is currently engaged to Lucy Burb, a friend of his from childhood.

Beau has been having a hard time since his father died, but his mother has been doing her best to care for him and his brothers. He had barely aged up into a child when his younger brother, Skip was born.

Beau is very close to his brothers, especially his older brother Dustin, who always took time out of his day to read to his little brother while he was a toddler and child. Now that he's a teen, Beau is trying to do the same for Skip Jr.

Despite being a Popularity sim, Beau is very intelligent, and could have excelled with a Knowledge aspiration. He was the first of his brothers to earn an A+ report card, which made his mother very proud.

He tends to be a bit insecure about coming from a poor family, especially when it comes to not being able to pay for dates or presents for his girlfriend, Lucy. However, Lucy tends to be very understanding and has no problem helping her boyfriend out.

Beau and Lucy are currently living together at Sim State University. They started off living in a dorm, until Beau proposed to Lucy and the two became engaged. After that, they decided to move into a house using the money they both received for excelling in their first term. 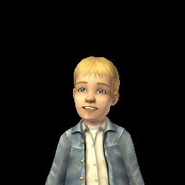 Beau Broke as a toddler. 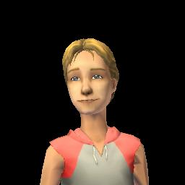 Beau Broke as a child. 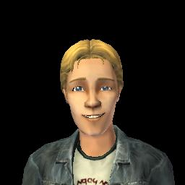 Beau Broke as a teenager.
Community content is available under CC-BY-SA unless otherwise noted.
Advertisement