Audrey Space née. Hero is the wife of Roger Space and the step -mother (or surrogate/better mother) of the twins, Alistair and Imogen. She had a long happy life with Roger but passed away before their big move to Simwaii.

Audrey was the daughter of Ruby and Peter and lived in a cabin in the woods with her parents. Her family had on big secret, Peter was a werewolf. One day, Peter changed early and accidentally killed Ruby when she tried to secure him. After this, Peter and his daughter, Audrey were kicked out of town and decided to start a new life in Palm Tree Tides. Audrey had a nice life by the sea and was sad when she had to leave for college.

As a young adult, Audrey became head of her sorority. She was the prettiest girl on Campus and was happily going out with Castor Nova until one day she saw Roger and immediately fell in love with him. She dumped Castor and flirted with him only to find out he was in love with the mysterious Elsa Gold. Audrey became obsessed with Roger and knew she must have him but all her efforts failed miserably and she was left alone. For the rest of college she became obsessed with Roger and followed him. Eventually she was given a restraining order of 100 meters from him . From then on she just sulked in her room and was eventually expelled in her senior year.

As an adult, Audrey bought an apartment in Lavisha and tried to have a fresh start. She was doing well until she went online and found his profile. Audrey then couldn't resist getting in contact and apologised for college and asked if they could try and be friends from then on. Roger said they could and Audrey was pleased with herself. One day, Audrey got a call that made her heart skip a beat. Roger wanted to know if she'd like to come over, Elsa had left him. She decided to go over to see if he'd fall straight into her seductive arms... Things were going well, especially when Roger asked if she'd like to be his official girlfriend. Also, Imogen had taken a shine to her and she was winning over Alistair. One day, they were on a date when they bumped into Elsa and Steven. At first it was Ok but then Elsa said she was going to try and get full custody of the twins as she was a better parent. Roger asked Steven if he knew but it turned out that it was Steven's idea. Roger punched Steven hard and they began fighting. Audrey could see Elsa's smug face and decided to wipe her grin off her face. She attacked Elsa, an action that got them fined. However, there was a good side, Roger proposed! A few weeks later, Elsa tried her case but the judges laughed at her and gave Roger full custody instead. Audrey wanted their wedding to be so big it crushed Elsa's into billions of tiny pieces - Roger didn't deny her it! They had a huge wedding at Villa de Sol and Audrey knew that Elsa was jealous. After Alistair's fiancee died, Audrey tried to be the understanding mother to him but he didn't let her as he went to stay in Twikki island. Audrey was planning to refurbish the apartment Roger had bought with Elsa because in her opinion the whole place 'stank of Elsa' and it was time for a change. Ideally she would've wanted a new house entirely but Roger wanted to stay in this house as they had paid of all the mortgage on it so it was their home for life. He had agreed to give her §20,000 to redo it but then when Roger looked on his account to he found §20,000 missing from there and traced it back to Alistair. Roger was furious but Audrey calmed him saying it was a stage of grief and they would have their Alistair back soon enough. She was right and Alistair came back just as they left on their holiday with Allen. Audrey had a nice time, Nora was obsessed with her tan as Audrey had normal skin but she worried about Alistair and she had noticed he seemed completely depressed. Finally Alistair left and went to live elsewhere. Audrey was happy but still worried.

As an Elder, Audrey lived happily with Roger. She loved all the grandchildren that Imogen gave them and spent a lot of time with them. She and Roger had their golden anniversary with a big party planned by herself which she was pleased to see it was a success. Nobody told her that her party was actually quite boring but they were just being nice. Audrey and Roger attended Toby's wedding to Rose. Although she enjoyed she found the couple a little cold. She and Roger planned to buy a house in Simwaii, sell the apartment and live out there. They managed to buy the house but before they could move out there, Audrey became sick. They thought she would recover as it was just a small virus but Audrey didn't make it. Roger became quite depressed but decided to move out to Simwaii as he felt Audrey wouldn't want him to live in the past. 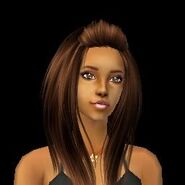 Audrey Space as a Young adult. 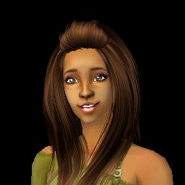 Audrey Space as an Adult.
Add an image to this gallery
Retrieved from "https://sims.fandom.com/wiki/Fanon:Audrey_Space?oldid=744684"
Community content is available under CC-BY-SA unless otherwise noted.