Atta Space is the wife of the late Amin Space and mother of Kylie, Lupin, Flynn, Roger, Nancy and Allen. Atta is an alien-sim hybrid but she doesn't show any sim genetics. Her mother came from a wealthy family but was disowned after marrying an alien.

Before she was born, Atta's mother came from a wealthy family but was disowned after she met an alien and married him. Atta's parents had a poor life but they were always cheerful in their small house on the Woodbridge estate. When her mother became pregnant, they were ecstatic.

As a baby Atta was loved by her parents immensely. She was also loved by her aunty, her mother's sister, Loretta who had tried to keep in contact after Atta's mother was disowned.

Atta had a happy toddlerhood, she was taught all her toddler skills and a nursery rhyme which her parents immediately regretted teaching her as she sang it everywhere.

As a child, Atta's family had lived in Black Waters, a shopping district, all their life and they decided to move to the main town, Lavisha, for the first time. They decided to move when, Atta was a teen and would start high school.

As a teen, Atta was not happy being the new girl at school but was soon happy after she made friends due to her kind nature. She also fell in love, with Amin, a troublemaker. She believed she could change him adn remarkably she did.

As an adult, Amin and Atta got married after Amin proposed on a romantic beach in Twikki Island. Sadly after their honeymoon, Atta's parents died and soon after Amin's dad died but this gave them a home to live in. They were very poor for a few years but one day a model agent saw their green skin and hired them for a photoshoot. Soon, they were up to their necks in cash. They bought a new house and started a family. Soon they had lots of children. Atta was very kind to them but insisted they all went to college so they could reach their full potential. One day, Atta took Roger,Nancy and Allen to see a friend so that Amin could have some me time. Atta came back, ready to see Amin again but only to find the house badly burned and fire engines everywhere. Suddenly she noticed there was something else. An ambulance. The moment she came over, she saw the paramedics faces and knew Amin was dead. Atta got compensation for everything but not for Amin. After this Atta retreated into her own little world and desperately tried to go back to space just like Mickey had when Lila died but she failed.

As an Elder, Atta still had responsibilities to do with Nancy and Allen but she was getting old and was beginning to struggle so she began needing help from her children. Sadly, Allen was only a toddler and Nancy was moody all the time so Atta hired an au pair called Meadow. This helped Atta with her children and now the only thing still troubling her was life without Amin. One day, Atta felt very tired so decided to have a quick nap. Sadly, Atta never woke up and died peacefully in her sleep. Her children buried her next to Amin so they would never be separated again. 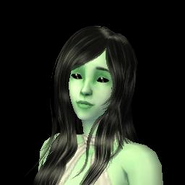 Atta Space as an Adult 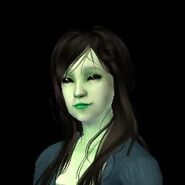 Atta Space as an Elder.

Atta mourning Amin.
Add an image to this gallery
Retrieved from "https://sims.fandom.com/wiki/Fanon:Atta_Space?oldid=673796"
Community content is available under CC-BY-SA unless otherwise noted.