Albany Capulet (né Norman) (previously Capp) is a well known resident in my player stories in The Sims 2 in Veronaville. He is the son of the late Richard and Anne Norman, the ex-husband of Goneril Capp, the husband of Ella Capulet (née Carr), the father of Hal, Desdemona, Miranda and Ariel Capp and Joanna Capulet, and the adoptive father of Cody Capulet. Albany is voiced by Stephen Kearin and is 10 days from being an Elder.

To many players it is clear that at the start of the game Albany and Goneril were not in love, even though they have memories of falling in love with one another. In an early draft I tried to improve their relationship but just when things were going well, a fire started and Goneril died, leaving Albany to seek love elsewhere. But let's get straight to what happened when I changed computers and re-did everything from scratch.

Albany and his wife and their four children had just moved into a cheap house in Veronaville. Their family was low on money and needed to spend the last bit of money they had left on furniture and food. But whatever funds they had, it was nothing to how Albany was feeling about life. He was a father to four children - he always wanted a big family - and he had become an in-law to one of the most prominent families known in Veronaville. But he was married to a woman that he didn't love for who she was but for being the eldest daughter to a rich man - who was also an in-law - and to start a family of more children than he could afford. I could easily have looked at it from a different perspective and kept him and Goneril together. But after the events in the first draft, I decided otherwise.

Albany was granted custody of his son Hal; and Goneril - Desdemona, Miranda and Ariel. So Albany and Hal moved out into another house where they were given $20,000 simoleons rather than taking 50% of Goneril's. Tellingly Albany and Goneril had not been divorced, only separated.

A few days later Albany met and befriended a Sim I made named Ella Carr. The two of them quickly fell in love. It was that easy! Ella was the girl of Albany's dreams. But he didn't like the idea of cheating. Albany was just about to consider breaking up with Goneril when he had been given another reason to end their "marriage". Desdemona told her father that his "wife" was having an affair with another Sim. Well at least Albany never wanted to have an affair that he intended to keep "private". Even though Goneril didn't truly love Albany, she was still heartbroken when he ended their marriage.

A couple of days later Albany proposed to his girlfriend Ella and she accepted. It was during this time that they adopted a daughter named Cody Buckland who had been taken away from her neglecting parents. Albany had always wanted to raise another daughter since he and Hal moved house. Interestingly Albany and Cody actually had briefly met at some point before the latter was taken by a Veronaville Social worker. Albany's wedding was blissfully happy and the four of them had their surnames changed to Capulet while still being under the same tree as the Capp family.

Albany is now employed in the Science career as a Mad Scientist. The Capulets are now quite rich due to the additional funds I gave to all the families of the Sims 2. But now the Capulet's funds are roughly the same as the Goth's. The job I gave Albany was not an entry level job. It was quite strange moving from a man wanting a big family to a man who just wants a regular sized family and a life as normal as it ever can be as a Mad Scientist. Albany's employment did run the risk of failing miserably as he had no scientific experience. Despite narrowly escaping a mysterious disease, Albany made it through and became a successful professional scientist.

Albany, Ella, Hal and Cody now live in a mansion which I'd built to resemble 165 Sim Lane while still there being more than enough subtle differences in shape to tell them apart. I'm not the best at making houses for Sims but I did a very good job. Albany and Ella have had another daughter - Joanna Capulet who is the only biological child to Ella, and the only biological child to them both. Joanna is a Fortune Sim who works in the Business career.

Albany played a vital part in helping end the family feud after Antonio Monty managed to convince him that it was time to end the feud once and for all. As a Capp in-law, Albany's initial behaviour towards the four Montys that he'd been feuding with was rather aggressive, arrogant and somewhat childish. Albany had gone over to Antonio's house uninvited, shoved Antonio for spying on him through his telescope and then left - this was Albany and Antonio's first meeting.[1] This inspired Antonio to continually ring Albany up until the two of them became friends. However, before Albany's hatred for Antonio had properly dissolved, he rushed over to Antonio's house, rang the doorbell and then rushed off. After Albany's feelings towards the Montys had changed, he apologised to each of the other three Montys (adults and up). His apologises struck Patrizio, Isabella and Bianca Monty as a surprise - they didn't know who Albany was at the time - but it was worth it to help end the feud, nonetheless. 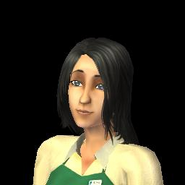 Capulet Mansion Major.
Add an image to this gallery

Retrieved from "https://sims.fandom.com/wiki/Fanon:Albany_Capulet_(Capp)?oldid=818289"
Community content is available under CC-BY-SA unless otherwise noted.