The DeBateau family is one of the pre-made families residing in Belladonna Cove, the neighborhood shipped with the Apartment Life expansion pack. Armand DeBateau used to be married to Jessica Peterson but when he caught her cheating on him, they broke up. To console himself he adopted a child named Tara. Tara DeBateau is now a teen who seems to have a relationship with her acquaintance Justin Cleveland; at least she helps him with his homework. They are known to be the richest pre-made family in Belladonna Cove, having around 230,000 simoleons in family funds.

DeBateau: The French of "the boat". 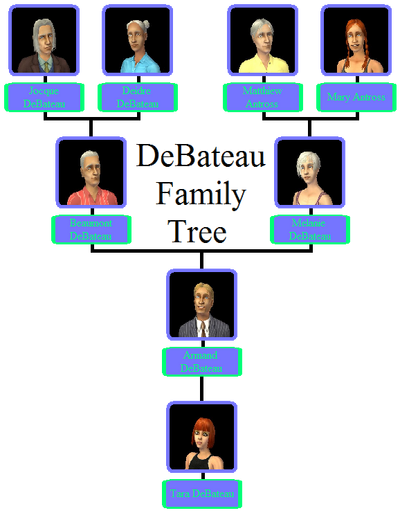 Add an image to this gallery
Retrieved from "https://sims.fandom.com/wiki/DeBateau_family?oldid=902928"
Community content is available under CC-BY-SA unless otherwise noted.