The Sims Wiki
Register
Don't have an account?
Sign In
Advertisement
in: Services, Types of NPCs, Nightlife,
and 4 more

For the spin-off mobile game, see The Sims DJ. 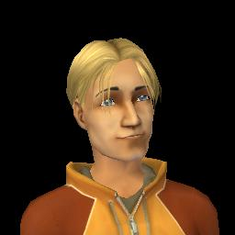 Amin Graham, a DJ from Nightlife.

DJs are NPC's that appear in The Sims: House Party, The Sims 2: Nightlife, The Sims 3: Showtime and The Sims 4: Get Together.

Sometimes, if there is more than one booth on a lot in close proximity, the DJs will try to operate each other's booths.

Once Downtown is associated with the main neighborhood, the neighborhood will have three pre-made NPC DJs, and a booth placed on a community lot will use one of them.

If there's a DJ booth on a community lot, playable Sims can also work for a while as a DJ, and the Sim will earn simoleons while working at the booth. Also, Sims may have a want to work as the DJ.

If Downtown has not been associated with the main neighborhood, instead of the pre-made DJs, the game will generate DJs to work at the booth.

These DJs have their names randomized when the Downtown sub-neighborhood is associated with the main neighborhood. Their names are only referenced in the game files.

Like most other NPCs in The Sims 4, there are no premade DJs. They are either randomly selected from available townies or generated if there aren't any available. There are two types of DJs: Professional and Headliner. Headliner DJs have maximum DJ mixing skill and wear robotic helmets.

DJs will be automatically assigned to operate booths in nightclubs. On other lots, they can be hired for a fee. 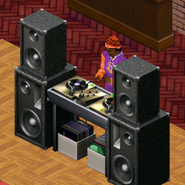