The Sims Wiki
Register
Don't have an account?
Sign In
Advertisement
in: Sims, Male Sims, Sims with an ambiguous age,
and 20 more
English

Creon Nigmos (Κρίον Νίγμος) was Willow Nigmos's husband, and the father of their daughter, Ophelia. He is deceased, having drowned along with his wife, before the start of the game, and leaving his teenage daughter in the care of his suspicious sister-in-law, Olive Specter. There is not much known about Creon, his ancestors, or his past, due to the fact that he was not featured in The Sims and is unplayable in The Sims 2 because he is deceased.

According to his genetics his hair was black before it went grey. Both Creon's parents have a dark skin, but he has a medium skin, which in genetic terms is very rare. His body lies in Olive Specter's graveyard, furthermore fueling the mysterious theories about her and her potential to be a murderer. 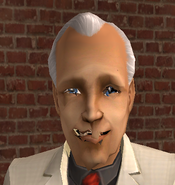 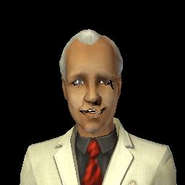 Creon with his glitchy genetic face and eye color. 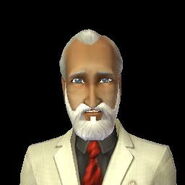 Creon's intended appearance in The Sims 2, based on gmdc data in his character file.