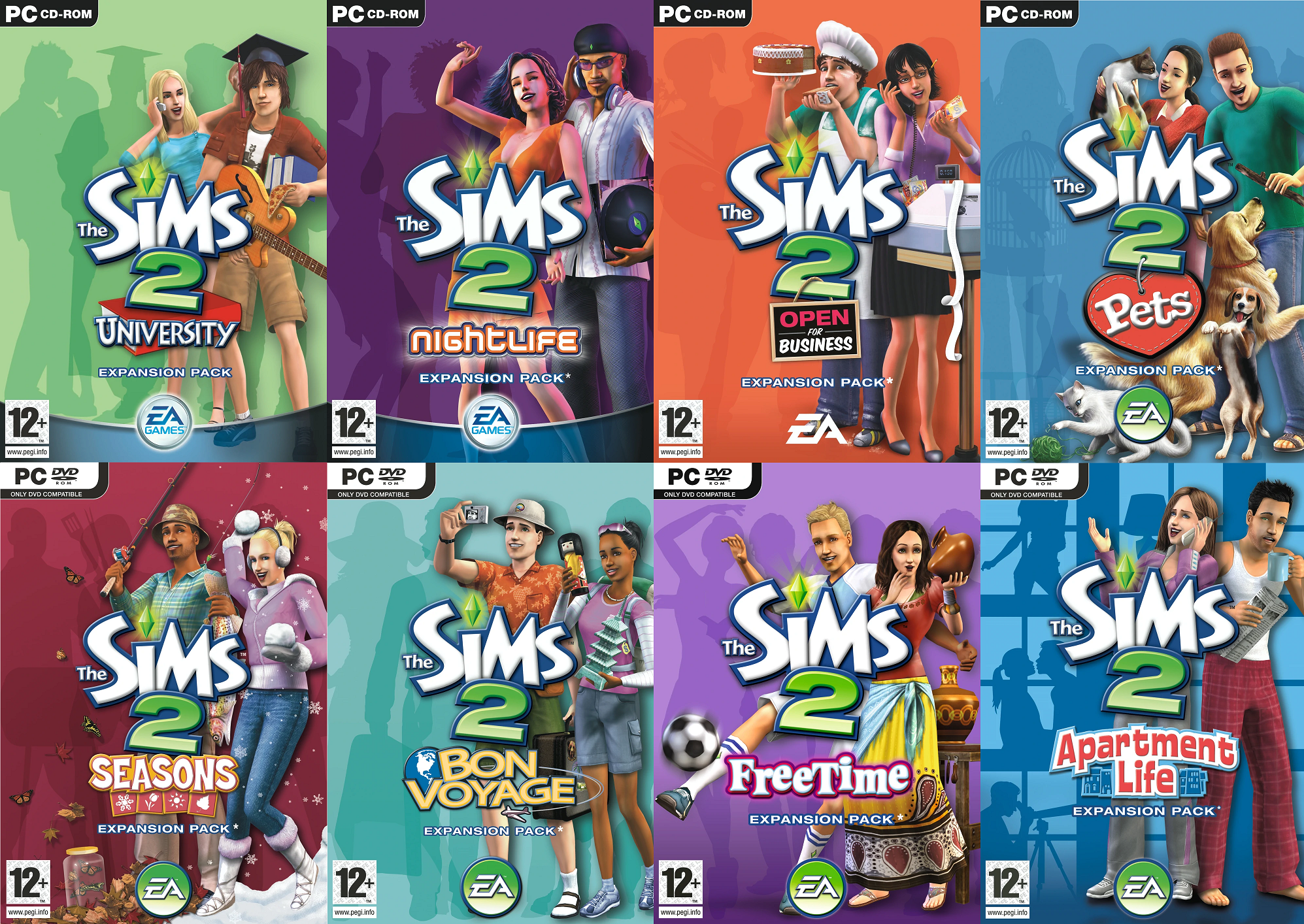 A content pack[n 1] is an addition to a previously-released base game. In The Sims series, these packs add new objects and new interactions between Sims, and very often include new neighborhoods, life states, and other features. Content packs cannot be installed or played without first installing the appropriate "base game." Content packs usually follow a theme, with new features, objects, music, and styles tailored to that specific theme. Content packs are known by different names depending on the size of the pack.

An expansion pack is the most significant content pack available. Expansion packs were introduced with The Sims: Livin' Large and have been a staple of the series, with several expansion packs released for The Sims, The Sims 2 and The Sims 3. Expansion packs tend to focus on major new features, and many objects, clothes, styles, neighborhoods or worlds, and life states are geared towards the pack's major theme.

A stuff pack is a smaller add-on pack which typically includes only new objects and clothes for Sims, though some stuff packs do include gameplay changes.[2][3] Stuff packs originated with The Sims 2, and were released for The Sims 3 as well.

A Compilation pack is a collection of one or more individual expansion and/or stuff packs. Bundles, starter packs, and deluxe editions are generally all forms of compilations. Compilation packs have been released for each of the main series games produced so far.

In The Sims, there are seven expansion packs. They are:

The producers released eight different expansion packs for The Sims 2. They are:

There is currently one expansion pack:

There is also one game pack:

Currently, there are two stuff packs:

Retrieved from "https://sims.fandom.com/wiki/Content_pack?oldid=672881"
Community content is available under CC-BY-SA unless otherwise noted.