Colette Dette (pronounced cole·et·det in French) is a pre-made repo-woman who resides in Twinbrook. Her name sounds French, so she possibly comes from Champs Les Sims, which is most likely in French. Moreover, in French language, "Dette" means "debt." Her name is actually a pun on her job which is to "collect debt." She doesn't have any skills and relationships at the start of the game. She can be made playable by marrying her, or asking her to move in. Her male counterpart is Ree Treave. 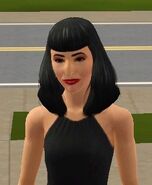 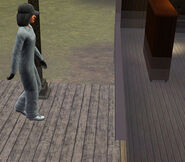 Colette visiting a Sim's house in her work outfit 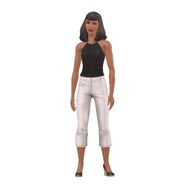 Colette's everyday clothing
Add an image to this gallery
Retrieved from "https://sims.fandom.com/wiki/Colette_Dette?oldid=908448"
Community content is available under CC-BY-SA unless otherwise noted.