Cody Remington is one of the deceased members of the Remington Family. He died in a fire, and is buried in the home's garden. When resurrected, Cody is good friends with his parents, but only acquaintances with his sister.

Cody (alive) on his homework 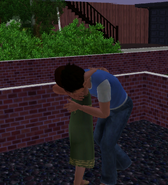 Retrieved from "https://sims.fandom.com/wiki/Cody_Remington?oldid=884211"
Community content is available under CC-BY-SA unless otherwise noted.