Chester Landgraab is the son of Kermit and Kitty Landgraab, and husband of Queenie Landgraab. He has a daughter, Nancy Landgraab, as well. He is deceased at the start of the game and his ghost indicates he died of old age. He has grey hair with brown highlights. It could be that his hair was originally brown, but faded into grey because of his age. 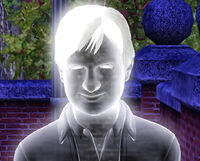 A closeup of Chester's ghost

A full shot of Chester's ghost 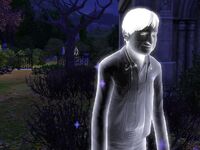 Chester's ghost in the graveyard 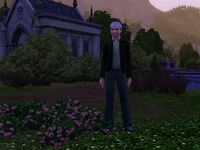 A resurrected Chester by the mausoleum

Chester's wardrobe if resurrected
Add an image to this gallery
Retrieved from "https://sims.fandom.com/wiki/Chester_Landgraab?oldid=930258"
Community content is available under CC-BY-SA unless otherwise noted.