Bill Copperfield is a pre-made police officer who resides in Twinbrook. He has two points in Athletic and five points in Handiness. He carries a book in his inventory. He is one of the few pre-made Sims who have a red-skinned complexion. He doesn't have any relationships at the start of the game. His female counterpart is Dee Tex.

His name may be a play on "The Old Bill", British slang for the police, and "copper", which means it's also slang for a police officer. 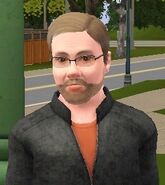 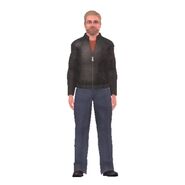