The Sims Wiki
Register
Don't have an account?
Sign In
Advertisement
in: Worlds in The Sims 4, Batuu, Journey to Batuu
English 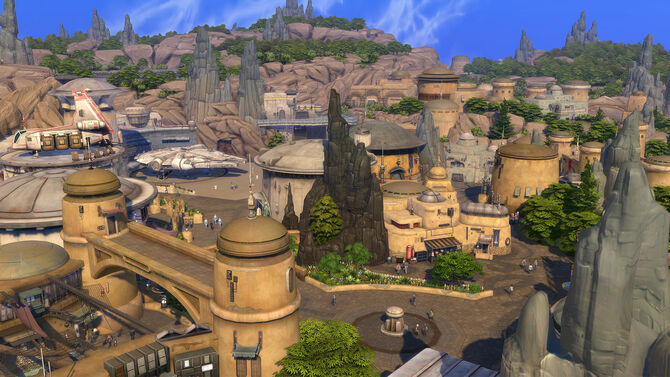 Batuu is a destination world that was introduced in The Sims 4: Journey to Batuu. It is a desert planet in a distant galaxy with three suns and two moons. With Seasons installed, Batuu will feature a warm and partly cloudy climate all year round with no rain or snow.

Up your Scoundrel reputation for a chance to explore the inside of the Millennium Falcon!

Take in the sights of a lush forest, waterfall, and an otherworldly cave to explore

There are three neighborhoods in Batuu.

There are three non-editable lots in Batuu, one for each neighborhood. These lots can only be edited during gameplay with the bb.enablefreebuild cheat and cannot be edited through manage worlds. All other locations in Batuu are rabbit holes that the player can visit.

With The Sims 4: Seasons installed