The Baldwin family is one of the pre-made families residing in Belladonna Cove that came with the Apartment Life expansion pack. The family includes Benjamin Baldwin and his wife, Isabel, along with their two children, Sofia and Marcus. Isabel also happens to be the niece of retired boxer Carlos Contender. They also appear to be very wealthy (Probably because of Benjamin's inventing skills and the fact that they have over §58 000 in funds) as they live in the nice area. 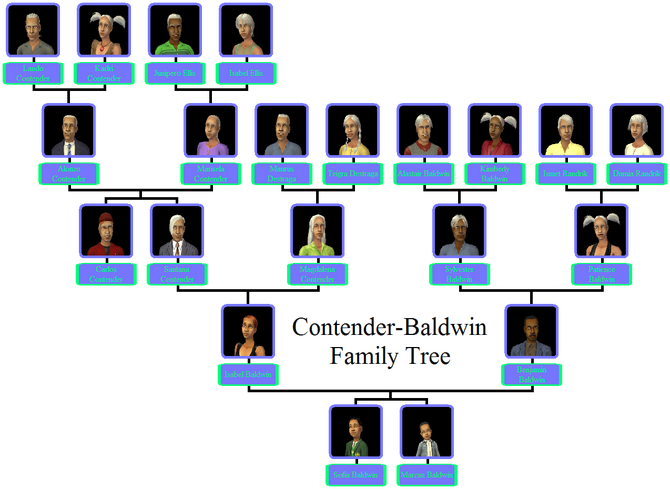 Add an image to this gallery
Retrieved from "https://sims.fandom.com/wiki/Baldwin_family?oldid=929752"
Community content is available under CC-BY-SA unless otherwise noted.