Amber Newill is a pre-made maid from Starlight Shores. She doesn't have any skills and relationships at the start of the game. She can be made playable by marrying her, or by befriending and asking her to move in. Her male counterpart is Kacey O'Niel.

She lacks the Kleptomaniac trait which most maids have, so she won't steal other things while she's working. 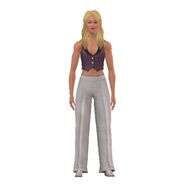 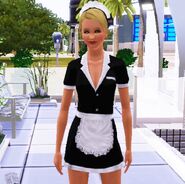 Amber in her work outfit
Add an image to this gallery
Retrieved from "https://sims.fandom.com/wiki/Amber_Newill?oldid=916310"
Community content is available under CC-BY-SA unless otherwise noted.