The Sims Wiki
Register
Don't have an account?
Sign In
Advertisement
in: Worlds in The Sims 3, World Adventures, Al Simhara
English 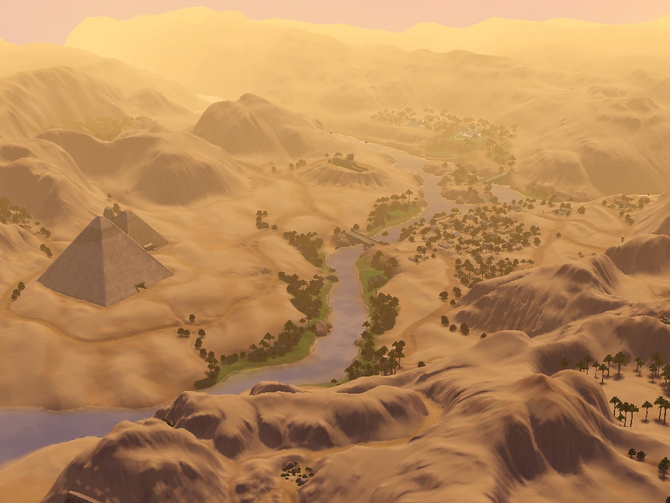 Al Simhara (السمهرة) is a pre-made destination sub-world that was introduced in The Sims 3: World Adventures along with Shang Simla and Champs Les Sims.

Al Simhara is an ancient land built against a river, full of magic and mystery. It is a land of mummies, pyramids, and crocodiles. It is found in Egypt and features activities and items drawn from Egyptian culture. The name is a reference to the Sahara Desert of Egypt. This town features fully explorable tombs and hidden tombs, including famous Egyptian landmarks such as the Pyramids, the Sphinx, and Temple of Queen Hatshepsut. Sims can explore these landmark tombs, thereby undertaking adventures. The company MorcuCorp features strongly in these adventures. It is an excellent subhood for Sims to improve their Photography skill. There are numerous pre-made families in Al Simhara, although they all, unfortunately, lack description texts and money. A trip to Al Simhara costs §1600 for one Sim and §1000 for each additional Sim.

While Al Simhara is based on the real world location Giza, Egypt, there are several differences mostly due to limiations on world size and to add more tombs for adventure:

Al Simhara contains a variety of tomb lots as well as tomb puzzles on non-tomb lots. Each major tomb in Al Simhara has a distinct relic named after it.

All Sims among these families have the Egyptian Culture hidden trait. NPCs generated in Al Simhara do not have this trait, instead they have the hidden trait connected to their job (e.g. Pizza Appreciator for Pizza Delivery), and other Sims such as Explorers have no hidden traits at all.

Possibly in a hotel room.

In a marketplace of Al Simhara.

Possibly digging in the pyramid

A man charming a snake- Possibly another skill/activity.

The Center of Al Simhara

A Sim entering the pyramid 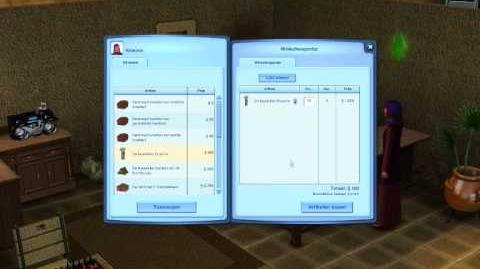 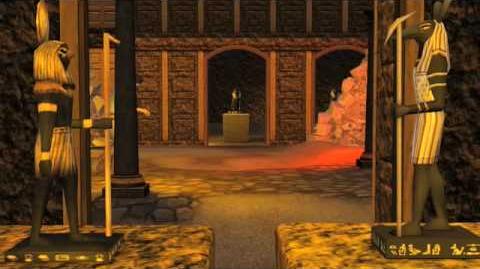