Al Lyffe is a pre-made social worker from Twinbrook, who only comes to take away neglected children from their parents. He can be made playable by marrying him, or asking him to move in. He doesn't have any skills and relationships at the start of the game. He, like Juan Darer, has a red-skinned complexion and has a unibrow. His name is most likely a pun on "alive", which could, like his red skin, be a pun, or he may have survived a wildfire. He is 7 days away from becoming an elder. His female counterpart is Ellie Gante. 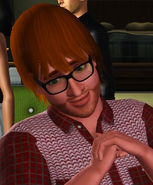 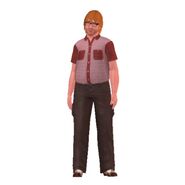